7 Reasons Burbank Might Be Approaching a Massive Tipping Point 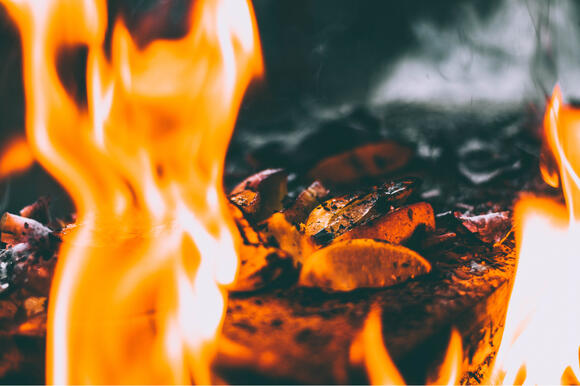 Photo by Arthur Savary on Unsplash

A fistfight broke out in the checkout aisle of one of Burbank's popular grocery stores. As the two men threw punches and grabbed handfuls of each others’ Lululemon athleisure wear, the passionate brawl moved into the parking lot. Onlookers poured out of the nearby Burbank Starbucks and folks clicked record on their iPhone 12s. It was like a scene out of a movie.

I looked at my husband who relocked the doors of our parked SUV.

I looked back at the scrimmage which was finally being broken up by a security guard. He was right. It’s definitely coming. I could feel it in the air.

Not to get all “the sky is falling” on you, but right now, people in Burbank are beginning to lose their ever-loving minds. Take a look at your NextDoor app and just read some of the comments. We’re at a tipping point, people, and if we aren’t careful, our previously effed up but marginally functional society will swiftly and definitively disintegrate into a low-budget indie version of The Purge 6.

Feeling stressed lately? Join the ranks of every single dang person in Burbank. When I say it’s been a tough few years, I mean I don’t remember a time when I didn’t want to devour a pizza and rewatch the entire first season of Bridgerton. And I’m a resilient gal.

Like I said, I can feel the tension in the air. I can hear the hum of the angry chains on social media. I can smell the scent of desperation wafting through the summer air. Instantly, the phrase inserts itself into my bones. If we’re not careful, we’re going to lose it all.

Why? Well, there are a lot of reasons. Seven to be exact. But probably more if you're not a Kardashian or J Lo. Let’s look at some of the reasons two seemingly rational adult men decided to start decking each other between rows of quinoa and protein bars in one of Burbank's grocery stores.

I am not proposing any solutions to any of these issues. That is another article. Or seventeen of them, at least. What I am saying is that Burbank is at a dicey place right now. Just open your NextDoor app and read some of the comments. Things could go south real fast. The cracks are there, we just need one more little tap for the whole egg to shatter.

I say all this to say…just please take it easy. On yourself. On each other. And on the guy next to you in the grocery store. Whatever you believe, whatever you do, just…easy does it. We'll all eventually come out on the other side of this together.

There is one type of part 1 crime in Burbank that is significantly more popular than all other UCR crimes - theft. So far, in 2021, Burbank has topped out at over 1,317 reported incidents of theft. And the year isn't over yet.

I was more than pleasantly surprised by the fantastic experience I had this weekend on the rooftop of the Montalban theatre in Los Angeles. I had been meaning to attend a screening of a movie on the top of the Hollywood theatre for a while, but now I will be attending a lot more. If you're looking for a relaxing night out under the stars, this is the place to be in Los Angeles.

Los Angeles Restaurant Week has arrived, but get your seats soon and tip appropriately

It has finally arrived! The avid diner's Black Friday restaurant extravaganza, Los Angeles Restaurant Week, begins Friday, October 1st. This week of degustatory awesomeness only happens twice per year and it offers diners the opportunity to sample some of the best dishes at the best restaurants in Los Angeles and the surrounding areas for a fraction of the price.

A data-driven insight into the Burbank housing market

It's tough out there for home buyers, folks. And in Burbank, it's tougher than most places. Since the beginning of the Covid-19 pandemic, the Burbank housing market has spiraled out of control for most home buyers. Homes are becoming more and more expensive and, even worse, the market is becoming more and more competitive. Here is a short insight into today's Burbank housing market (data from Redfin).

Giving preschoolers choices and space can stave away tantrums

You know the scene. It's late afternoon and a preschooler is laying on the sticky ground of aisle 13 in the grocery store screaming that they need a lollipop. A quick glance at the parent reinforces your initial thought. Poor schmuck.

When you think about a peaceful place to grab a beer and a cocktail, you generally don't think about locations near the airport. But, Burbank's EDB restaurant in the Marriott hotel across from the Burbank airport is a great retreat from the chaos of everyday life.

From date nights to massage therapy, apps to help improve your relationship

We all know that relationships can be hard work. Even in the best of times with the most compatible people, couples need a little help to keep from growing apart over the years.

Yes, we need another beer joint in Burbank

We're in a global pandemic, folks. And one of the best (and worst) ways to cope with all of the mental and emotional baggage of today's climate is sitting at a bar stool commiserating over a good IPA. Luckily, Burbank has no shortage of fantastic beer joints. And we just got a new one. And I, for one, will be there sampling everything on tap.

The Actor's Group in Burbank is back at it - spooky-style

This weekend, The Actor's Group, the well-known thespian hangout in Burbank, will open its doors post-pandemic to a (masked) audience. Its newest show, The Worst Ever Halloween 72 Hour Play Festival begins this weekend.

There's a creeping guilt I feel when I have the thought, "I hate my kid." What kind of terrible person hates their kid, anyway? Well, I did a little research and, apparently, I'm not the only one. According to therapy website Better Help, "Although most would be too afraid to admit it, many parents have had a moment when the thought, 'I hate my kids,' has crossed their minds."

Children have proven to be a good model of productivity

I have a three-year-old who is perhaps the most enthusiastic being on the planet. While he is sometimes maddening, he also more often is enlightening. See, my kid hasn’t learned yet about rationalizing his own behavior, weighing the pros and cons of his time ROI, or talking himself out of something because he wants to stave off disappointment. My kid gets things done.

Unfaithfulness in marriage can be a catalyst for positive communication

I knew it the minute I looked at the phone bill. There it was. The same number over and over. I flashed back to her distant gazes, the lack of communication, and the new clothes that magically appeared. She was cheating on me.

As I drove around Burbank this weekend, I passed zombie-filled front yards, eight-foot skeletons, and an assortment of air-filled ghosts, goblins, and witches. I couldn't help but roll my eyes. Burbank residents, if you haven't noticed, it's not even October yet. Halloween is a very long time away.

The Music Junction in Burbank delivers an impressive recital

If you are a parent or music lover in the Burbank area, The Music Junction on Burbank Boulevard is a fantastic place to hone your craft. The music school held their well-attended virtual recital this weekend and it was both positively supportive and impressive. This is a place for children and adults to appreciate and learn music.

It's the equivalent of stepping through the looking glass into your wedding Pinterest board and it's a fantastic way to check out wedding vendors in a real and in-person way. It's called The Big Fake Wedding and it's coming to Burbank.

You've probably heard of it by now. It's potentially the oddest combination of things in the history of the mindfulness. But it works. It's goat yoga. And it's coming to Burbank on September 18th.

The Burbank International Film Festival will launch its 2021 festivities on September 9th in downtown Burbank. The film festival which celebrates its 10th anniversary this year will return to in-person screenings at the Burbank AMC 16 Theatres in the heart of the town.

"It knows what time it is!" My wife shoved her iPhone in between my work laptop and my face. I stared at a screen showing a distantly familiar image. Then I remembered. The red pill or the blue pill. The Matrix. It's back.

An in-person surprise at Lincoln Beer Company in Burbank

If you didn't know it was there, you would miss it. Lincoln Beer Company in Burbank is nestled in the more industrial part of Burbank near the Burbank airport and it is a fantastic place to visit for an afternoon of cold craft beer. The surprising thing about Lincoln Beer Company, though, is that while it serves adult beverages, it's also a very family-friendly place. In fact, it's the place to be for Burbank parent gatherings.