Available as an accomplice to your capers. Let's break out of our chains together. Writing about #travel, #business, #writing, #publishing, and #life.

Amarillo Vaccinating Anyone Who Meets the Criteria, No Matter Where They Live 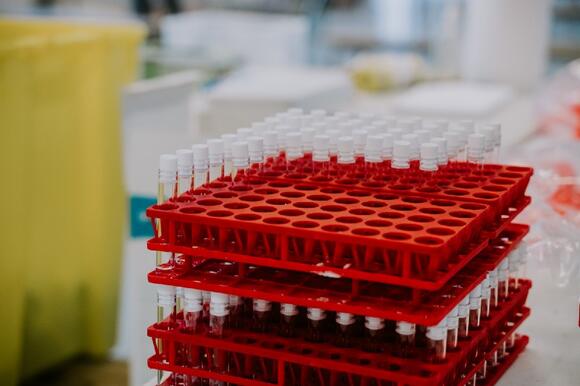 Photo by Mat Napo on Unsplash

AMARILLO, TEXAS-- We previously reported that Amarillo ranks as one of the country's top vaccine distribution cities, vaccinating its citizens. By the end of January, the city's walk-up, a no-appointment-needed clinic in the city-owned Civic Center, had outpaced the entire country by vaccinating 12.9% of its population with the first dose.

The website, CovidActNow.org now reports that the state has managed to inject 22.9% of the state's population with one dose or more. Amarillo is still hard at it, though, and it's no secret. Health officials there report that at least 6% of their vaccines are going into the arms of people who don’t live in the Texas Panhandle-- many don’t even live in the state, and a few don’t even live in the U.S.

"We vaccinate people regardless of where they live and we're doing that because we are a hub. We have to vaccinate equitably and we have to use all of the doses each week."

A huge number of those doses are going to residents from neighboring New Mexico, many of whom are rural residents. There are people who live on ranches in Eastern New Mexico for whom the drive to Amarillo is easier than a drive to the state's most populous city: Albuquerque.

Gov. Michelle Lujan Grisham has repeatedly highlighted New Mexico's success in getting vaccines into arms. However, she also continues to stress the fact that the state's vaccine registration program relies on the honor system.

As for those who are traveling from outside the country, as recently as Wednesday, a local news crew in Amarillo got video of a private jet landing at the airport, where passengers disembarked and boarded a shuttle straight to the Civic Center. According to the ABC News affiliate station News 7:

"This doesn’t seem to be an isolated incident with multiple flights are coming in per day from Mexico, In fact, it seems to be running like a well-oiled machine. The flights leave from Adolfo Lopez Mateos International Airport, just west of Mexico City, and after a stop in San Antonio, apparently, to clear customs, they arrive in Amarillo. They then take a short shuttle ride from the airport directly to the Civic Center, get their vaccine and then head back to the airport."

When asked about people flying in from other countries, Stoughton said they don’t have the ability to know why people are in the country.

The state guidelines are set to expand to all adults on Monday, March, 29.

“If this report is true, it is a serious problem. Amarillo should not be a hub for medical tourism at the expense of hardworking Texans. Non-citizens should not receive the COVID-19 vaccine in our state until all Texans who want a vaccine are vaccinated — bottom line.”

Traveling to distant cities is not unique to Amarillo. Rural communities across the state have been struggling to get vaccine supplies since mid-January January. Allocations are far more likely to be dispensed to those larger hubs. And while rural residents are driving as far as 3 hours-- sometimes to only slightly larger communities than their own, city dwellers are turning to those same smaller communities to avoid long lines, crowded vaccination facilities, and difficulty getting on waitlists, even for the vaccine hubs.

We spoke with at least one Austin resident who drove over two hours to the small town of Clifton to get his vaccine when he realized they were available there, even though residents of that town had not had access to vaccines for almost a month. In neighboring Hill County, once a supply did arrive, county officials had a difficult time finding enough people to use the vaccines before they expired, primarily because so many county residents had already found other locations to get their vaccine.

I Got My COVID Vaccine in a Walmart Fitting Room in Marlin, Texas

Yes, I Live in Texas, and Yes I Will Still Wear a Mask

Galveston Leads the Way to the Best Beaches in Texas

Available as an accomplice to your capers. Let's break out of our chains together. Writing about #travel, #business, #writing, #publishing, and #life.

My dad and I both grew up occasionally hanging out in the second largest canyon in the country. Palo Duro Canyon near Amarillo is a miniature version of the Grand Canyon — beautiful red, orange, and gold walls with towering rock formations. One of the popular sights in the canyon is called Devil’s Slide. I doubt it’s allowed anymore, but when I was a teenager, and long before me, when my dad was, the way to prove how gutsy you were (or how stupid) was to hike up the side and slide down sections of the steep embankment — sometimes on cardboard, sometimes not.

GALVESTON, TEXAS-- Galveston's second cruise ship since the lifting of COVID-19 sailing restrictions set sail this week, on a four-day cruise to Mexico. All Carnival ships are sailing at roughly 70% capacity, according to a company spokesman.

AMARILLO, TEXAS-- I live in Central Texas. It's not exactly a Mexican food desert, but having grown up in Amarillo where Cheesy Tex-Mex rules, followed by thirteen years of enjoying more traditional Mexican fare living in Odessa, I have to admit, I sometimes find myself longing for something better than my small town Mexican restaurant has to offer.

If You Want the 'Normal' Cruise Experience, Cruise from Texas

GALVESTON, TEXAS-- Cruising is back. The first round of cruise ships have completed their journeys from Galveston, and so far, so good. Carnival's ships are sailing to and from Caribbean ports of call with roughly 70% capacity, and 95% of the crew and passengers are vaccinated.

Whatever Happened to Those Non-stop Southwest Flights Between Austin and Honolulu?

AUSTIN, TEXAS-- In April, we reported on the launch of a new non-stop route from Austin Bergstrom to Honolulu. Flights HA81 and HA82 (the return) were to operate non-stop between Texas and Hawaii through the first week of August at fares that were quite reasonable.

The Cowboys Heading Back to Oxnard for Summer Training

DALLAS, TEXAS-- In a sure sign that things are returning to normal, both in Texas and in California, the Dallas Cowboys are headed back to Oxnard this month. This year marks the 42nd time the team has spent its summer training camp in southern California, and the 15th to take place in Oxnard.

Forget Tokyo, Head to Beaumont for Some Cajun-style Beau-lympics This Weekend

BEAUMONT, TEXAS-- No, they don’t have gator races in the Olympics. To see those, you'll need to head to Southeast Texas for Saturday's Beau-lympics. Besides the gator races, you can participate in reptile yoga, eating contests, and a full day of carnival activities.

Texas Cities Rank Among the Most Dog-Friendly for Renters

Texas renters are encouraged to bring their dogs.Photo by Leohoho on Unsplash. AUSTIN, TEXAS-- According to ApartmentAdvisor, an apartment rental search platform, Austin leads the nation in rentals "labeled dog-friendly." A report released today showing the country's largest metro areas where dog-owners are most and least likely to find a rental that will accommodate their pooch. Among Austin's available rentals, 83% are listed as "dog-friendly."

No, Lake Whitney is Not 'Closed'

You may still be able to enjoy boating on Lake Whitney at this water level.Photo by Gary Crow. LAKE WHITNEY, TEXAS-- As usual when Lake Whitney is doing its job--flood control for Waco and areas along the Brazos to the south, media outlets and social media platforms light up with the declaration that Lake Whitney is "closed."

The high water is finally slowing its rise at Lake Whitney.Photo by Gary Crow. LAKE WHITNEY, TEXAS-- After a steady rise that has stretched since the end of May, the rate of rising is finally beginning to slow, possibly cresting in the next 24 hours. As of 2:00 pm Thursday, the water level was 546.34, or 13.34 feet over normal elevation. Inflow into the lake was still high at more than 38,000 cubic feet per second (CF/S), but gates at the dam were letting out a large portion of that at 25,000 CF/S. The difference between the two is accounted for by both evaporation and spad as the water is able to creep into additional low-lying areas as the level rises.

The Key West International Airport is driving tourism in the Keys.Courtesy Florida Keys & Key West. FLORIDA KEYS-- With a welcome resurgence of summer family travel, the Florida Keys & Key West continue to be in demand as a top bucket-list destination that's known for wide-open spaces, a variety of outdoor activities, and scenic vistas of sea and sky.

SELMA, NORTH CAROLINA-- On Friday, June 18th and Saturday, June 19th, Highway 301 (for over 100 miles) will be filled with excited vendors and shoppers. The annual event was cancelled last year due to COVID restrictions and struggled with scheduling concerns due to summer school.

LAKE WHITNEY, TEXAS--Following a weekend of a very slow rise in the water levels, the rate of inflow is expected to increase in the coming days. Coupled with heavy rains of over an inch in some spots early Monday at Lake Whinney and even more in the upper watershed, the lake level will continue to rise, despite an increase in water flowing out of the dam. Total inflow into the lake was steady at just over 18,000 cubic feet per second (CF/S), which was a reduction from 25,000-28,000 CF/S seen for most of last week.

LAKE WHITNEY, TEXAS -- The last measurable rain may have fallen on Monday evening, but water pouring into the lake from swollen creeks and rivers continues to contribute to a steady rise in the level of the lake. As of 11:00 am Thursday, the lake level was 541.26, or 8.26 over the normal level of 533. The historical rate of rise for the previous 24 hour period was 1.97 feet. That rate of increase has slowed a bit from yesterday's 2.04, even with lowered releases from the Whitney dam.

Aspen's only Five-Star, Five-Diamond, ski-in/ski-out hotel is hosting a June food fest featuring Relais & Châteaux Chefs. Billed as a celebration of food, wine, and the finest in hospitality in the mountain setting of Aspen, Colorado, this weekend has historically served as the kick-off to summer with the annual FOOD & WINE Classic in Aspen.

LAKE WHITNEY, TEXAS --The water is rising today at one of Central Texas' most valuable resources, yet one of its most misunderstood. While most lakes in Texas are Meccas for recreation and waters-edge real estate, Lake Whitney, and its severe dock restrictions imposed by the U.S. Army Corps of Engineers, and its oft-closed recreation facilities lags behind far smaller lakes in popularity.

NEW BRAUNFELS, TEXAS -- Natural Bridge Caverns is launching a series of Discovery Days every weekend in June to instill a love for discovery and deep appreciation of the critical role caves and karst play in the ecosystem of Texas—and the world.

OXNARD, CALIFORNIA-- For years I've been telling people about my love of Oxnard. From electric boat rentals to stand-up paddleboarding, from whale watching to fine dining, Oxnard is one of those destinations we sometimes overlook in our rush to get to better-known locales.

FAYETTEVILLE, NORTH CAROLINA– Dinosaur fanatics young and old will have plenty to enjoy when Dinosaur World opens at Sweet Valley Ranch on June 9th. Once inside, guests will take a shuttle ride to the ¼-mile, woodsy, paved Dinosaur Trail. The trail has 25 animatronic dinosaurs (large and small), an abandoned research lab, observation booths, and plenty of special effect props.

Mardi Gras sea trials.Photo courtesy of Carnival Cruises. PORT CANAVERAL, FLORIDA-- The pieces of the puzzle are falling into place for the restart of Carnival's cruise season from the U.S. On Friday, the line announced that the CDC had accepted its Phase 2A Port Agreements for Port Canaveral, Port Miami, and Port of Galveston.