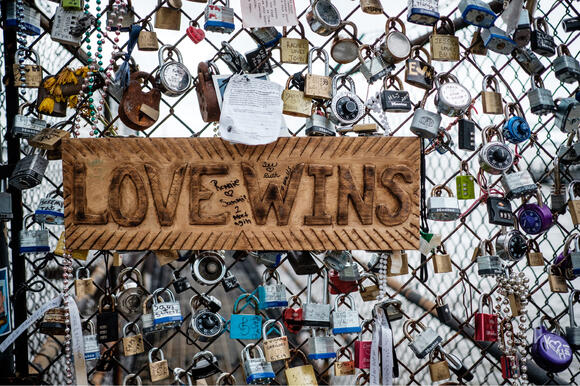 The ordinance, which amends the city code, bans licensed medical practitioners or mental health providers from undertaking “any practices or treatments that seek to change an individual’s sexual orientation or gender identity, including efforts to change behaviors or gender expressions or to eliminate or reduce sexual or romantic attractions or feelings toward individuals of the same gender.”

A majority of accredited American health organizations and Cornell University’s literary review of 47 peer-reviewed studies conclude that conversion therapy does not change a person’s sexual orientation or gender identity. Instead, all participants, whether they undergo the practice willingly or not, face increased rates of suicide, depression, anxiety, intimacy issues, and self-harm.

Wheeling Mayor Glenn Elliott said conversion therapy has “been discredited, it’s cruel, it’s caused a lot of LGBTQ youth to have thoughts on depression, of anxiety and even a documented risk of suicide.”

The ordinance was not without its vocal dissenters in Wheeling. Unlike Charleston and Morgantown’s ordinances, which were carefully crafted to avoid infringing on freedom of religion, the original draft of Wheeling’s ordinance had a scope beyond medical practitioners and mental health providers. After Wheeling-Charleston Diocese Bishop Mark Brennan pointed out the potential infringements on freedom of religion, the ordinance was amended to focus solely on medical organizations.

Banning conversion therapy through city ordinances is a victory for LGBTQ+ youth in West Virginia’s fifth largest city, but it only limits the practice within the city limits. Determined parents or guardians can still find a willing practitioner in the next town or suburb. A late amendment to the ordinance also exempted parents and legal guardians from the ban, as long as they are acting from their parental role, rather than as their child’s medical or mental health provider.

Still, the ordinance has a variety of vocal dissenters. Some argued it lets the government infringe on a parent’s rights to raise their child as they see fit. Others held it up as evidence of the so-called “grooming” of children into an LGBTQ+ lifestyle that would turn them against conservative values and religious ideology. Councilmen Ben Seidler argued the ordinance is symbolic and unenforceable.

“I fully support our LGBTQ community,” Seidler said, “but I would encourage the public, specifically those who actually live in the city of Wheeling, to read this ordinance and take note of the exemptions that have been added, which essentially make this ban nothing more than a headline in the news.”

Charleston’s ordinance allows the city to fine violators up to $1000. Wheeling’s ordinance calls for an “immediately endeavor to eliminate the unlawful discriminatory practices complained of by conference, conciliation and persuasion,” which may escalate to a complaint to the State of West Virginia Human Rights Commission and/or a cease-and-desist. If the violation continues, the court becomes involved.

City ordinances do not have the power to take away medical licenses from those who violate the ordinances. Under the first amendment freedom of speech, governments also cannot prohibit medical practitioners and mental health providers from discussing their opinions on conversion therapy, providing more information on the harmful practice, or referring a patient to someone who does practice conversion therapy in an area without a ban.

Fairness West Virginia, a civil advocacy group for LGBTQ+ West Virginians, has been supporting a similar piece of legislation on the state level, but their ban would allow violators to have their state medical licenses revoked. A state-wide ban would decrease the places an LGBTQ+ could be referred. By their estimates “nearly 4,800 West Virginians, perhaps even more, have been subjected to [conversion therapy].”

Wheeling Councilwoman Rosemary Ketchum, West Virginia’s first openly transgender elected official, said, “For me ultimately, at the end of the day, this ordinance is about protecting children. Some may disagree with me. But it is also about assuring that when we call ourselves ‘The Friendly City,’ we’re telling the truth.”