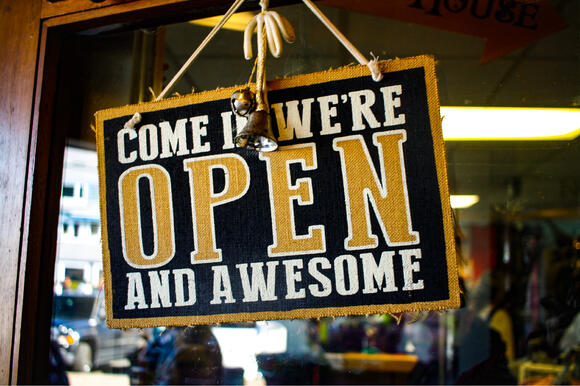 Although nearby Martinsburg and Shepherdstown expand the restaurant options, Charles Town boasts a wide variety of eateries in its own right. Charles Town’s five most popular restaurants, according to TripAdvisor users, offer food from Italy and the Mediterranean to Mexico and the United States.

As the names suggests, the Royalicious Bagel bakery’s point of pride is their variety of New York style bagels served with an assortment of spreads, toppings, or sandwich fixings. For hungry eaters looking for bakery specials, there’s always a changing array of doughnuts, cakes, fresh bread, and pastries. Anyone looking for something less sweet or to balance out the decadent desserts can choose from salads, sandwiches, and a rotating selection of soups. There’s even a latte of the day, such as hazelnut, iced cake batter, or butterbeer—made from white chocolate, butterscotch, caramel, and cinnamon. In Charles Town, Royalicious Bagel Bakery is located on Patrick Henry Way.

For more than fifteen years, the family-owned and -operated Alfredo’s Mediterranean Steakhouse and Grille has been provided Charles Town residents and visitors with traditional and modern Mediterranean dishes. Rather than focusing on a particular region within the Mediterranean, this restaurant strives to provide a variety. The menu offers such dishes as Persian eggplant stew, Moroccan and Lebanese falafel platter, Spanish rice and shrimp, French pasta and sea scallops, and Italian veal parmigiana. Steaks, kabobs, and seafood entrees are also available as well as a variety of appetizers and sampler platters. Alfredo’s Mediterranean Steakhouse and Grille is located on East Washington Street.

Since 2001, La Mezzaluna Cafe has been serving Italian cuisine to the Charles Town region, and their experience shows. In 2021, the cafe was named a “Travelers’ Choice” on TripAdvisor, a recognition only awarded to properties ranked in the top 10% of all TripAdvisor properties. La Mezzaluna Cafe’s lunch menu offers appetizers, salads, and sixteen different pasta dishes, including spinach ravioli, chicken and broccoli penne, and linguine in clam sauce. The dinner menu expands with chef’s specials and entrees that focus more on a high-quality meat, seafood, or eggplant star of the dish, served on top of pasta. A large variety of desserts are always available. La Mezzaluna Cafe is located on Somerset Boulevard.

Reviewers are consistently surprised that this small, unassuming restaurant in a strip mall can have a friendly, welcoming atmosphere and food worth raving about, but Mi Degollado Mexican Restaurant is that place. The bright paintings on the tables, chairs, and booths grab diners attention as soon as they walk in the door. The robust menu offers the expected Mexican and Tex-Mex fare, including fajitas, quesadillas, burritos, enchiladas, tacos, and chimichanga, but they also have two dozen grilled entrees, more than a dozen seafood entrees, chicken and vegetarian dinners, and plenty of house specials. The margaritas come in a variety of flavors and sizes, and occasional food specials add even more variety. Mi Degollado Mexican Restaurant is located on Somerset Boulevard.

Rounding out the list of most popular restaurants in Charles Town, West Virginia is the casual, American diner-style restaurant with Greek specialties, Mountain View Diner. Breakfast service begins when the restaurant opens at 6:00 a.m. every morning, offering such dishes as pancakes, potato pancakes, omelets, and more. Lunch and dinner options include sizable portions of sandwiches, burgers, pasta dishes, steaks, seafood platters, fish and chips, pork chops, and so much more. Smart diners will save room for dessert when there’s always a lengthy list of cakes, cheesecakes, fruit pies, cream pies, and the occasional other dessert available. In Charles Town, Mountain View Diner is located on East Washington Street.