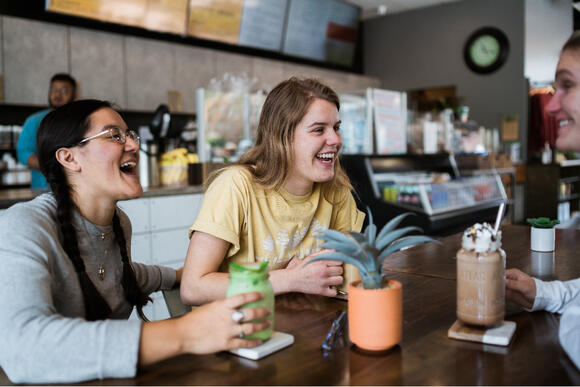 Today, the remnants of its wartime manufacturing past are as prevalent as the city’s motto “A Living Memorial to World War I,’ but there are other reasons to visit this city. Despite being less than 5.3 square miles of land, Nitro boasts plenty of attractions, including a casino, a popular antiques mall, the surprisingly isolated Ridenour Lake, and more.

Although hungry people could visit restaurants in neighboring St. Albans and Cross Lanes, Nitro’s five most popular restaurants, according to TripAdvisor users, boasts West Virginia staple franchises, fine dining experiences, Mexican cuisine, and the home-style cooking anyone would expect from a family restaurant.

Since 1960, the Diehl family has been providing the city of Nitro with American home-style cooking with a little Southern U.S. influence. With the fourth generation now working in the restaurant, Diehl’s Restaurant boasts it has made more than 10 million rolls, peeled more than four million pounds of potatoes, and made over two million gallons of tea. Most of the menu defies categorization with entrees including veal parmesan, chicken fajita hoagie, breaded flounder, a large bowl of pinto beans, and “the really big Diehl,” a twelve-ounce sirloin. Desserts change daily, but diners can expect a variety of homemade pies, cakes, and possibly apple dumplings. Diehl’s Restaurant is located on Main Avenue.

For more than 25 years, Rio Grande has been serving Mexican and Tex-Mex cuisine to Nitro residents. The robust menu offers thirty-three combination plates with items such as burritos, quesadillas, enchiladas, tamales, chalupas, and more. However, they recommend the specials— which fall into the categories steak, shrimp, chicken, and mixed— for their “authentic yet mild flavor.” (Hot sauce is available to bring the heat back up, if desired). There are also more than a dozen lunch specials available from 11:00 am to 2:30 pm every day but Sunday. The bar offers wine, beer, and margaritas in a variety of sizes and flavors. Rio Grande is located on 1st Avenue.

A staple throughout West Virginia, Tudor’s Biscuit World is a fast food franchise that serves fluffy, crispy biscuits and Southern meals to hungry eaters. Although the biscuits can be thoroughly enjoyed on their own or with a little butter, the restaurant offers nineteen different biscuit sandwiches, including the Miner with bacon, potato, and cheese, the Politician with bologna, egg, and cheese, and the Rocket with steak, egg, potato, and cheese. Burgers, hot dogs, grilled cheese, and other sandwiches make up the lunch menu, while the dinner menu offers platters of meatloaf, country fried chicken, beans-and-cornbread, and more. In Nitro, Tudor’s Biscuit World is located on 1st Avenue.

Inside the Mardi Gras Casino & Resort, hungry patrons can choose from four eateries, including the fine dining restaurant The French Quarter. With the low lighting and the white tablecloths, dining at The French Quarter is a stark contrast from the casino floor. This cash-free restaurant is open to diners Thursday through Saturday from 5 pm to 10 pm, and casual attire is permitted. The small menu consists of five entrees: pork chops, pan-seared airline chicken breast, salmon, filet mignon, and ribeye. Add-ons, sides, and “beginnings” round out the selection. The French Quarter is located inside the Mardi Gras Casino & Resort on Greyhound Avenue.

Rounding out the list of the most popular restaurants in Nitro, according to TripAdvisor users, is another West Virginia-based chain restaurant, an eatery with one of its two company headquarters in Nitro— Gino's Pizza & Spaghetti House. As the name might suggest, this restaurant focuses on its original tomato sauces for pizzas and spaghetti meals. However, Gino’s also offers flatbreads, wings, subs and sandwiches, and appetizers, including garlic bread, cheese breadsticks, and onion rings. In Nitro, Gino's Pizza & Spaghetti House is located on 1st Avenue.