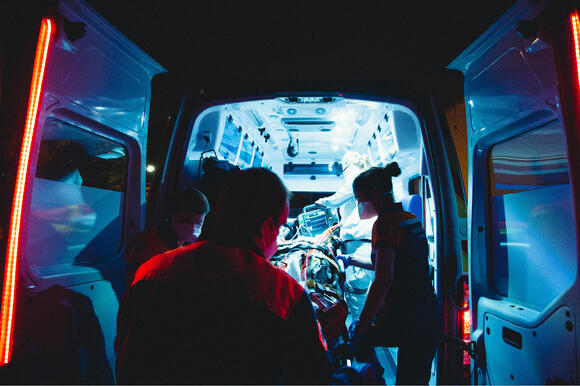 The provisional statistics attribute 75% of the fatal overdoses to opioids, most of which (85%) were from the synthetic opioid fentanyl. Fentanyl is dangerous enough on its own, but it also often mixed with other drugs so that the person may not even be aware they are using something so strong until it is too late.

While every U.S. state has been forced to reckon with fatal drug overdoses in the midst of the pandemic, the bulk of the overdoses continue to center around Appalachia, or more specifically, West Virginia.

An estimated 90 out of every 100,000 West Virginia residents died from a drug overdose during this time. That’s the highest fatal overdose rate per capita in the nation, and it’s an estimated 62% increase from April 2020 to April 2021, compared to a 28.5% rise across the nation.

Washington, D.C. has the second highest rate of deaths per capita with 70, followed by Tennessee and Kentucky both with 52 deaths per 100,000 residents.

On Wednesday, President Biden spoke of the milestone, saying his administration is committed to “strengthening prevention, promoting harm reduction, expanding treatment, and supporting people in recovery, as well as reducing the supply of harmful substances in our communities.”

Naloxone, an FDA-approved drug that restarts breathing in those who have overdosed on opioids, is only available by prescription in West Virginia. However, multiple statewide initiatives focus on providing anti-overdose kits and proper training to organizations and individuals.

The West Virginia Office of Drug Control Policy released a statement in January 2021 citing the increased isolation and decrease of in-person support programs during the pandemic for the increase in fatal overdoses. At the time, they said, “Anyone willing and able to save a life should consider getting trained in naloxone administration and obtaining a kit to carry at all times in the event they encounter someone experiencing an opioid overdose.”

Harm reduction may be a short-term solution to the underlying issues in the state’s communities, but for the growing number of people personally affected by the opioid epidemic, it may be their best chance for immediate help.