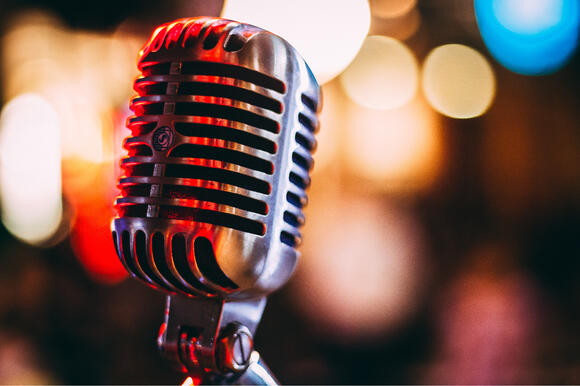 This weekend, music lovers can catch the last concert in the 17th season of Live on the Levee. First to take to the Schoenbaum Stage at Haddad Riverfront Park will be West Virginia band The Heavy Hitters. This five-person band are sure to bring the funk, groove, and jazz to the riverfront. Closing out the Live on the Levee season is Logan County jazz singer and winner of America’s Got Talent, season 6 Landau Eugene Murphy Jr. Murphy is no stranger to the Charleston area, often bringing his Frank Sinatra-like sound to local theaters and events between performances at such venues as The Today show, Detroit’s DTE Energy Center with The Temptations, and Madison Square Garden.

The music will start at 6:30pm, and the event is fully outdoors. Entry is free to all ages with the amphitheater seating available on a first-come-first-serve basis, but audience members may come and go as they please. More information on the event is available on the Live on the Levee website.

Anyone looking for a night of punk and metal with a ‘hellbilly’ headliner should head to the East End Friday night for a show that promises get loud. West Virginia band Boldly Go boast that they are “punk rock for the next generation” and South Like Sherman will bring the hardcore thrashing metal. Headlining the night is one-man band Joe Buck Yourself. Armed with an acoustic guitar and simple toe-tapping percussion rhythm, Joe Buck Yourself combines country honky-tonk with a punk rock attitude in such songs as “Tango of Death,” “Devil is on His Way,” and “Demon in My Head.”

The music kicks off at 9:30pm at The Empty Glass. Tickets are $12 in advance on The Empty Glass’ website or $15 at the door. More information can be found on the Facebook event page.

Saturday night, head to The Empty Glass to catch an eclectic four-act show. West Virginia hardcore band Ghost Home, “Appalachian emo” singer-songwriter Roy F. Bush, up-and-coming Charleston rock band Golden, and Parkersburg rock band Cassius at Best will take to the stage. The music starts at 9:30pm and tickets are $7 on The Empty Glass’ website or at the door. More information can be found on the Facebook event page.

After Mountain Stage, audience members can head to The Empty Glass at 10pm for the chance to catch their favorite acts again in a relaxed, jam session-like atmosphere. All Mountain Stage acts are invited to come if they wish, and local gospel-soul band The Carpenter Ants hosts. The show is open to anyone for a small cover fee, and those who attended Mountain Stage receive a discount. More information is available on the Facebook event page.