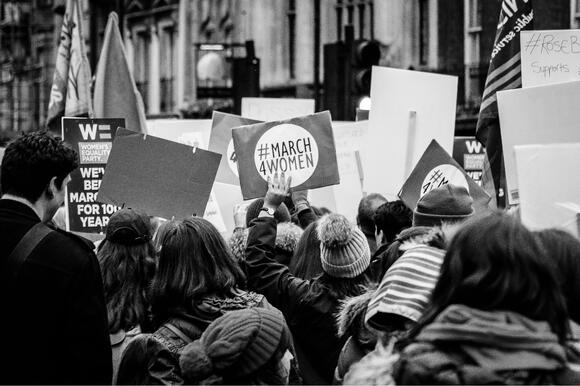 The goal of the event is two-fold: show support for Texas residents living under the new law and to show West Virginia state legislators opposition to the possibility of a similar law happening in the Mountain State.

Under the current interpretation of Roe v. Wade that courts routinely uphold, states are not allowed to ban abortions before the point where a fetus can survive outside of the womb. Texas’ SB 8 bans abortions at the six-week mark, long before a fetus can survive on its own at approximately twenty-three weeks. Twelve states have tried six-week abortion bans and all of the bans were ruled unconstitutional before they could be enacted. To avoid having the law immediately overturned, the Texas bill does not make abortions after six weeks a criminal offense.

Any private citizen anywhere in the nation, possibly the world, who is willing to sue for the chance at least $10,000 plus legal fees in a Texas court can bring a case, and there are no penalties if the court finds the law was not broken.

As a civil offense, no government entity in charge of enforcing the law, making it complicated to know who to file a lawsuit against or to halt the bill before it came into practice. The Supreme Court cited the lack of enforcement of SB 8 as part of the reason the majority (5-4) was unwilling to keep the law from going into effect while the law is being debated in the court system. They argued that the legalities of the federal government intervening on a state law that private citizens are enforcing are too complex, so the law came into effect.

Since then, however, the justice department has filed to have the law declared unconstitutional. Reproductive rights organizations have petitioned the Supreme Court to bypass part of the lower court system to take up the case sooner than usual. Dr. Alan Braid announced in a Washington Post op-ed that he had broken the law to bait a private citizen into suing him, so he can publicly test the legality of the law.

Currently, in West Virginia, abortion is banned after twenty-two weeks unless a life is in danger or physical health has been severely compromised. Since the Texas law was enacted, however, at least nine West Virginia State Legislators have said on social media that they would support the passing of an identical bill.

The rally will have information booths, music, and political actions that can be taken on location. There will also be speakers from at least four of the twelve partnering organizations.

Because of the high number of Covid-19 cases in the state, face masks are required at the rally, and social distancing is encouraged. Weapons of any type are prohibited.

Those who cannot or choose not to attend the rally but would like to make their voices heard can contact their state representatives or donate or volunteer with organizations that share their values.