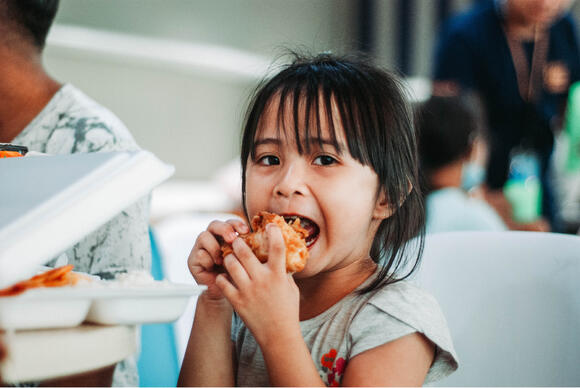 Nestled in the northern panhandle of West Virginia between Steubenville, Ohio and Pittsburgh, Pennsylvania, is West Virginia’s seventh most populous city: Weirton.

Although it is considered part of the Greater Pittsburgh area, Weirton was formed in 1947 when four communities merged. They took the name two of the communities had already adopted from the local mill run by Weirton Steel Corporation.

Today, Weirton is often considered a bedroom community for the large number of residents commuting into Pittsburgh every day, but Weirton is worth a visit in its own right. It’s been the location of several movie shoots, including The Deer Hunter, Reckless, and Super 8. It’s the home of six former NFL players. It has historical sites from its steel mill days and its role in the American Revolutionary War.

It also has a variety of unique restaurants, including the following five most popular restaurants in Weirton, according to TripAdvisor users.

As the name suggests, Dee Jay’s BBQ Ribs & Grille is renowned for its award-winning ribs, smoked with hickory, smothered in the house sauce, and cooked on the barbecue grill. Founded in 1980, this American restaurant has become a hotspot for professional athletes coming from Pittsburgh specifically for the ribs. For diners less interested in ribs, Dee Jay’s also offers sandwiches, burgers, seafood plates, and a sizable selection of beers, wines, and cocktails. Dee Jay’s takes safety during the Covid-19 pandemic seriously and is a charitable restaurant, making donations to Breast Cancer Awareness, the United Way, and more. Dee Jay’s BBQ Ribs & Grille is located on Three Springs Drive.

Theo Yianni's Greek Restaurant prides itself on providing authentic, homemade Greek-American cuisine. The menu is packed with the Greek dishes that diners would expect from kabobs and gyros to flatbread pizzas and grape leaves. Theo Yianni's also offers a large selection of soups, sandwiches, and pastas as well as classic dinner entrees like burgers, steaks, and seafood. Desserts have the same range from the more Greek baklava and bougatsa to the more American brownie and ice cream. With so many options, vegetarians will have no trouble finding something to try. Theo Yianni's Greek Restaurant is located on American Way.

Chico Fiesta seeks to provide homemade Mexican food with “a soft but real taste,” ensuring they don’t scare off patrons with too much heat in their dishes. (Spice lovers can request more heat.) The menu is loaded with Mexican staples such as burritos, enchiladas, and fajitas, but Chico Fiesta also offers steaks, seafood, and chicken cooked into Mexican dishes or with the flavor profiles. Every day of the week has a different drink special, including beers, spirits, and cocktails like the jumbo, sharable portions of margaritas. The loyalty program also rewards patrons for repeat visits and lets them know about events. Chico Fiesta Mexican Grill is located on Pennsylvania Avenue.

Founded in 1980 in Charleston, West Virginia, Tudor’s Biscuit World has become a national restaurant chain, but for West Virginians, the buttermilk biscuits are a taste of home. Although Tudor’s is best known for its casual homestyle breakfast sandwiches and platters, their focus on classic American Southern cooking also lends itself to lunch and dinner. For lunch, sandwiches and burgers are available, and dinner platters include baked steak, country fried chicken, meatloaf, and plenty of other hearty Southern meals with hefty side portions. Breakfast spreads can also be catered. In Weirton, Tudor’s Biscuit World is located on Main Street.

Family-owned La Cucina prides itself on providing traditional Italian restaurant cuisine and claims to have the best cannoli in Weirton. They have more than twenty pasta dishes and more than twenty pizza varieties available. The pasta is either imported from Italy or homemade, and gluten-free pasta is available on request. La Cucina also offers lunch special sandwiches, dinner plates with chicken, meat, or seafood, and over a dozen appetizers, so diners are sure to find something to suit their tastes. The catering menu, while smaller than the restaurant menu, is robust. La Cucina Italian Grill is located on Three Springs Drive.

The 3 best breweries in West Virginia