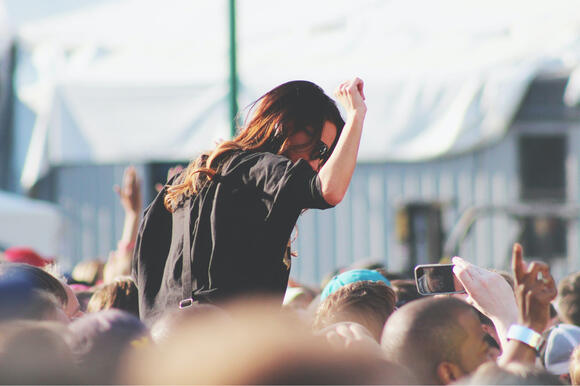 Screaming Females will be heading to Charleston, West Virginia.

City officials announced the New Jersey rock band will be headlining the September 10th show for the ‘Live on the Levee’ concert series.

Live on the Levee is a series of free concerts that takes place on the Schoenbaum Stage in Charleston's Haddad Riverfront Park. With the outdoor amphitheater on the river’s edge, music lovers watch the show from concrete seats, the dance floor, or boats on the Kanawha River.

When the lineup for the 17th season of Live on the Levee was announced at the start of the summer, the September 10th show was listed with the acts ‘to be announced,' but the slots have now been filled.

Screaming Females is the trio Marissa Paternoster on vocals and guitar, Jarrett Dougherty on drums, and Mike "King Mike" Abbate on bass. Together, they have put out seven albums, appeared on NPR and MTV, and toured across the globe with big name bands, including Garbage and the Arctic Monkeys. Spin Magazine named Paternoster the 77th greatest guitarist of all time in 2012.

Opening the Live on the Levee performance will be two local acts, Jerks! and Emmalea Deal. Summersville native Emmalea Deal is an alternative rock/pop frontwoman, a singer-songwriter and a self-proclaimed guitar diva. The Charleston punk band Jerks! is sure to provide another high-energy show with their “commit[ment] to engaging in shenanigans with whomever decides to partake.”

All three acts will perform at the free show on Friday September 10th, starting at 6:30 pm.