The 5 Most Popular Restaurants in Wheeling, WV 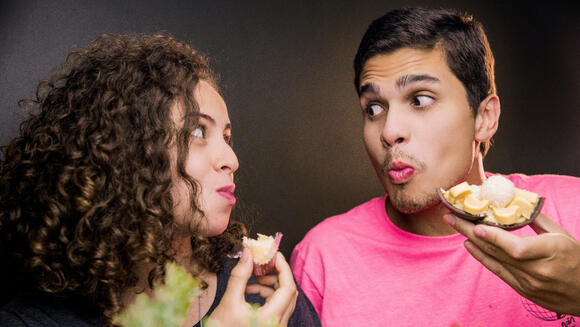 One major draw to ‘The Friendly City’ these days? History itself.

A revitalized historic district, heritage tourism, and historical landmarks bring visitors from across the nation. For those visitors who are overwhelmed by the eating options, this list of the five most popular restaurants in Wheeling, according to TripAdvisor users, provides a variety of cuisines, price ranges, and experiences for any hungry person.

In the heart of Wheeling’s Centre Market district, food lovers can find the restaurant Later Alligator, which prides itself on being “the only restaurant specializing in crepes between Columbus and Pittsburgh.” The building was originally built in 1869, but the restaurant opened in 2006 with tin ceiling tiles, exposed brick walls covered in Wheeling Steel memorabilia, and a luscious rear courtyard for outdoor dining. In addition to two dozen types of sweet or savory crepes, Later Alligator offers wraps and sandwiches such as the Déjà Vu and the Croque Madame. Customers can also take advantage of the extensive alcohol offerings, including large beer, wine, and cocktail menus. Later Alligator is located on Market Street.

In 1944, Anna Figaretti’s spaghetti sauce became so popular that her neighbors in Elm Grove, WV began buying more jars than she could make on her own. The family sauce business led the Figarettis to open a restaurant in 1948. Now a third generation of Figarettis run the classic Italian restaurant, offering patrons hearty handmade or imported pastas with a variety of sauces, meats, vegetables, or cheeses. For diners who are less keen on the Italian cuisine, the restaurant also offers steaks, seafood, and lunchtime sandwiches. Patrons should leave room for classic desserts, including Italian cakes, tiramisu, and cannoli. Figaretti’s is located on Mount DeChantal Road.

At Vagabond Kitchen, the aim is to provide “high-quality incarnations of the food you’re used to, as well as carefully crafted cuisine that’s mouth-wateringly unique.” Their menu reflects that vision. Adventurous eaters may wish to try the duck wing starter, one of four varieties of elevated macaroni and cheese, the coffee-rubbed New York strip steak, or “Cherries Jubilee”— a burger topped with cherry compote, goat cheese, and arugula. Vagabond Kitchen sources food locally where possible and highlights those sources on their menu. They also offer a variety of vegetarian options and substitutions as well as demarcating the keto-friendly dishes. Vagabond Kitchen is located on Market Street.

For a fine dining experience, food lovers should head to Oglebay Resort and Conference Center. This property was once Earl Oglebay’s farm, but he bequeathed it to the city of Wheeling to be turned into a public recreation area. Inside Wilson Lodge is the Ihlenfeld Dining Room, a restaurant that offers family-friendly breakfast and lunch buffets during the day. At night, they have a small, seasonal menu mainly consisting of steaks and seafood with sides such as sautéed button mushrooms, broccoli and cauliflower gratin, and baked potato casserole. The dining room overlooks Schenk Lake and the surrounding rolling hills. Reservations are recommended. The Ihlenfeld Dining Room is located on Lodge Drive.