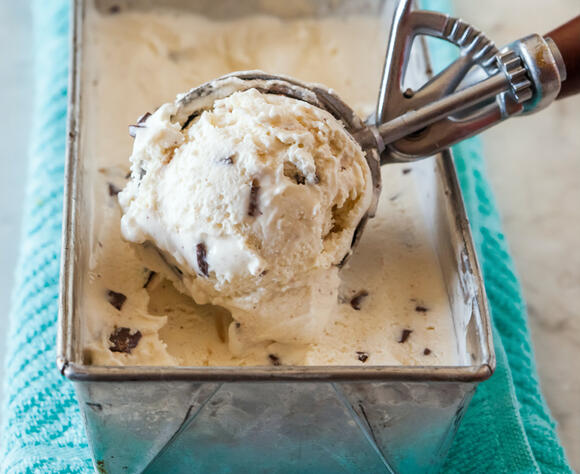 As summer continues to sweep across West Virginia, residents may be taking time away from the shimmering blue swimming pools and the dusty baseball diamonds to celebrate National Ice Cream Day this Sunday July 18th.

Whether it's Ellen’s Ice Cream in Charleston, Kustom Kreams in Huntington, Mountaineer Country Ice Cream in Morgantown, or something a little closer to home, dish fans and cone fans alike will find plenty of places to celebrate the holiday.

After the rise of pre-packaged at home ice cream in the 1970s, President Ronald Reagan decreed in Proclamation No. 5219 the third Sunday in July to be National Ice Cream Day back in 1984 as a way to bolster and celebrate the United States’ dairy market.

“Ice cream is a nutritious and wholesome food, enjoyed by over ninety percent of the people in the United States.” –President Ronald Reagan

More than thirty-five years later, the American ice cream market doesn’t need the publicity. According to the International Dairy Foods Association, the average American consumes more than 23 pounds of ice cream-related desserts in a year, and ice creameries made over one billion gallons sold in 2020.

Yet, the wide-spread popularity of their product doesn’t stop ice cream brands from promoting the day and offering steep discounts.

According to USA Today, more than thirty businesses are giving out free or discounted ice cream to celebrate the day. Businesses include expected ice cream companies and shops, but Americans without a local ice cream parlor should not fret. The list also includes some grocery stores and fast food staples such as McDonald’s, Wendy’s, and Burger King.

Not to be left out of the celebrations, online shopping giant Instacart recently analyzed its data on ice cream purchases to determine which flavors are the biggest outliers in each state. Their research showed that vanilla makes up more than a quarter (26.2%) of ice cream sales across the United States, but to find the real trends across the nation, they analyzed “which flavor in each state has the highest relative share of all ice cream purchases compared to the national average.”

West Virginians, it turns out, love their Moose Tracks, but they aren’t alone.

Eleven other states had Moose Tracks as the flavor they purchased furthest above the national average, but surprisingly, none of West Virginia’s neighboring states did. Ohio and Kentucky residents have an affinity for chocolate chip ice cream, while Pennsylvania was the only state to mostly prefer a little mint with their chip. Marylanders and Virginians prefer to have two desserts in one, as Marylanders prefer cookie dough ice cream and Virginians go for the birthday cake ice cream. The residents of Washington DC prefer mango.