Megan Hippler writes about humanities, science, and the intersection of the two. Her work has appeared in Orion, Seamwork, and PopSugar. Her Quora answers have been read by over half a million people. 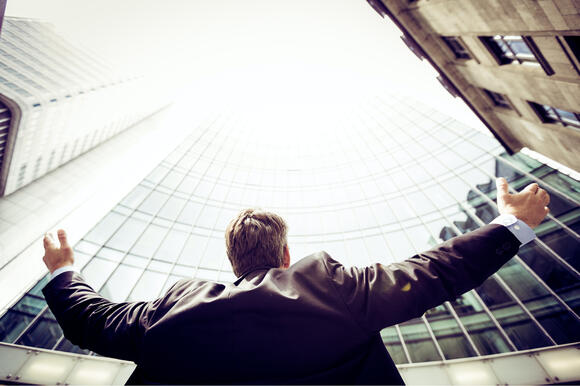 Even as West Virginia celebrates the announcement that nearly 80% of residents over fifty years of age have received at least dose of a Covid-19 vaccine, a new analysis by Adam McCann at WalletHub has found the state to be among the worst at recovering the jobs lost at the start of the pandemic.

The analysis focuses on the unemployment insurance initial claims in each state and the District of Columbia. By comparing the number of claims on certain weeks or months, the percent change provides an indication of how quickly and successfully a given state is recovering from the workforce losses caused by the pandemic and subsequent lockdowns.

Nationwide, unemployment claims have dropped a substantial 94% since their peak during the pandemic. However, separating the data by state allows for a deeper analysis into where the biggest changes are occurring, for good and ill, as well as which states have not yet managed to bring their unemployment rates down to pre-pandemic levels.

It is in these analyses that West Virginia falls into 49th place out of 51 for how quickly the workforce is recovering.

Is This Bad News for West Virginians?

One part of the analysis looked at unemployment insurance initial claims between what can roughly be considered the first three months of the pandemic and lockdowns in the United States (March 16, 2020 to June 22, 2020) and the equivalent time frame one year later (March 15, 2021 and June 21st, 2021).

Although that does technically put West Virginia as the 49th worst state by the size of its recovery-- only ahead of Delaware and Rhode Island-- 63% is a considerable decrease. Of course, a quicker, more complete recovery is ideal, and there is certainly a long way for West Virginia to go to make up for the total job losses. However, it is also possible the number only looks poor in comparison to how well other states have recovered.

South Carolina, New Hampshire, and Florida, for example, have the highest state rankings with their 93% decreases in unemployment claims since the first three months of the pandemic.

Are There Reasons for West Virginians to Be Hopeful?

The analysis also compared the unemployment insurance initial claims for the week of June 21, 2021 with the previous week, and West Virginia ranked 26th in the speed of recovery. This can give West Virginians some assurances that changes are still happening to make fewer residents file for unemployment.

What exactly those changes are and if the changes are because of increased employment opportunities, new or returning, are outside of the scope of WalletHub’s analysis.

If assurances that it is possible for a state to fully recover from the job losses during the start of the pandemic are helpful, the analysis has that too. Twelve states have recovered to the point that their unemployment claims for the week of June 21, 2021 are now lower than the number of claims filed at the start of the pandemic. These states are New Jersey, Vermont, Kansas, South Carolina, Arizona, Arkansas, Michigan, Mississippi, Florida, Missouri, South Dakota, and Iowa.

Perhaps lawmakers and jobmakers can learn something from these states, or perhaps only time will tell how well West Virginia will recover from its pandemic-related job losses.

The full analysis on WalletHub’s website has more detailed analyses, including comparisons to the number of unemployment claims filed at the start of 2019 or 2020 and what impact, if any, states are seeing from rescinding their use of federal unemployment benefits earlier than necessary.

Megan Hippler writes about humanities, science, and the intersection of the two. Her work has appeared in Orion, Seamwork, and PopSugar. Her Quora answers have been read by over half a million people.

This weekend, Charleston, West Virginia has six live music events in sculpture gardens, riverfront amphitheaters, and bars. With genres range from soul and R&B to rock and horror, something ought to catch any music lover’s interest.

The music scene in Charleston, West Virginia this weekend is full of Americana. Sometimes the music veers closer to country. Other times it’s more folk or more rock. With a variety of solo acts and bands, both locals and out-of-towners, in bars, auditoriums, and outdoors, one of these shows might catch your attention.

The 5 most popular restaurants in Clarksburg, WV

As cases of the delta variant of Covid-19 continues to grow across the United States, restaurant-patrons are again faced with difficult choices about supporting their favorite restaurants.