A time traveler claimed, humans have to leave Earth due to World War III

A self-proclaimed ‘time traveler’ has posted images of World War III and claimed that due to the destruction, humans will have to leave Earth. 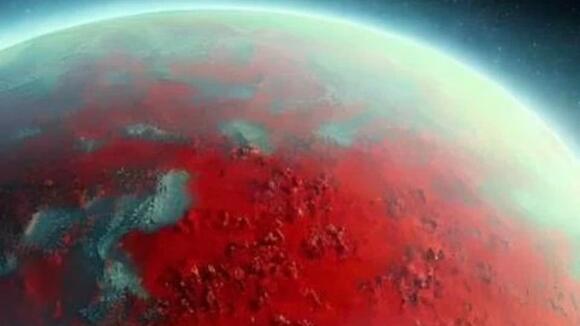 A TikToker claimed to be a real-time traveler in a video and said that they were now allowed to post images from the future. The TikToker also disclosed that the war will eventually force humans to leave Earth and settle on a new planet called ‘Planet Delta.’ By posting alerts about impending events, a TikToker has amassed thousands of followers.

The Tiktoker shared some pictures of how the war started and ended. The first image shows a city enveloped in dense, threatening clouds of smoke which portrayed a huge explosion.

Then, in other pictures, there were what appeared to be controlled explosions in a lab, followed by pictures of similar explosions occurring everywhere. The final picture was clicked from space showing that Earth was destroyed.

The images caused controversy among users because some felt they illustrated how a nuclear war would end the world.

A user wrote that the picture looks scary. While a second user believed that once World War III commenced, they will be destroyed because they don’t have a backup planet.

Many people, however, did not accept the images and claimed that an artificial intelligence image generator was used to create them.

This is not the first time a TikToker has made such an absurd claim. In earlier videos, he also asserted that the Titanic was deliberately sunk, that the pyramids were constructed by extraterrestrials, and that a UFO recently landed close to Area 51.

A baby boy was born with a single eye on his forehead and without a nose in Egypt. A rare baby boy with a single eye on his forehead was born in a private hospital in El Senbellawein in Egypt because of a rare birth issue called cyclopia. Babies with this condition often have only one eye, a missing nose, and other physical issues due to poor development when in their mother’s womb. It’s said that this condition is triggered by exposure to radiation or consumption of unnecessary medication during pregnancy. Such children usually don’t survive for long after birth as their internal organs, like the heart, might not have developed completely.

Woman was dumped by her husband for gaining weight after childbirth: "He said I was too fat"

A woman was dumped by her husband for gaining weight after she gave birth to their child. Liu Yajuan, a single mother, disclosed that her ex-husband left her because she gained 40kg. Her weight was only 50 kgs initially, but then it plummeted to 90 kgs after childbirth.

Animals are known to sense things that humans usually can’t. Dogs and cats have shown this trait, amazing their owners, and such incidents with horses aren’t popular. However, a recent event has shown that horses, like dogs and cats, can sense certain things.

A Walmart customer, Amy, shopped for the same groceries three times over two years to test the effect of inflation and released her observations as a video on TikTok. Within 24 hours of its posting, the video gathered over 1.5 million views and 272.9K likes.

A man wearing a Jesus Saves t-shirt was ordered to remove it or leave the Mall of America last weekend, as shown in a now-viral video. The incident allegedly happened in Minnesota after the man wore a t-shirt saying ‘Jesus Saves’ on the front.

Dad's final words to mum-of-three fiancé, 36, who died waiting for an ambulance for 11 hours

A mom of three, Hannah Marie, died on 22nd December at the age of 36, waiting for an ambulance for 11 hours. Her fiance, James Jackman, recalls that he called an ambulance at 7:20 P.M. but arrived only at 6:15 A.M., and during that time, Hannah, who had cystic fibrosis, was feeling unwell and breathing heavily.

An invisible house located in the vast Mojave Desert is a loved vacation rental among celebrities, and it could be yours for just $18 million. The house, which spans over 5,500 square meters, reflects the desert because of its mirrored exterior, making it look invisible.

Walmart Customer held hostage by Employee: "First,they lock carts and now they refuse to let one leave after they pay?"

A TikTok user has gone viral after he shared a video about his fallout with a Walmart employee. In the video, the man, Travis Lee Ragan, explains that he was “held hostage” by an employee of Walmart located in Colorado Springs, Colorado, after accusing him of stealing.

Delivery Rider, who works 16 hours a day learned his wife was having an affair, and their child isn't his

A man discovered that his wife, the mother of his three children, was having an affair and that his third child wasn’t his. Lin is a delivery rider who works 16 hours daily and does everything he can for his family. Of the $7,000 he earns every month, he gives his wife $5,000, saving the rest for food, bills, and other utilities.

Reliable sources from the Royal family revealed that a reconciliatory meeting between King Charles, Prince Williams, and Prince Harry was on the cards in the upcoming months. The meeting is supposed to happen before the coronation of King Charles on Saturday, May 6th.

Becky Holt, Britain’s most tattooed woman, got her tattoos covered, making her look unrecognizable, and said she 'feels like a lady'. About 95 percent of Becky’s body is covered in tattoos, and it had cost her $37,969 to fund the transformation. The 34-year-old woman got this idea after she uploaded a video on YouTube with her tattoos hidden to see how she would look without them. The video was 21 minutes long, and the amazing response she got from her fans left her fascinated. She added that it would be a real test for her to see herself without tattoos.

A man finds out that his son is actually his uncle after realizing that his girlfriend was being intimate with his own grandfather. Samir Simpson-Bey, a TikTok user, shared a video on social media where he mentioned that he couldn’t believe the fact that he anticipated more from a man. He found that his son was really his uncle. His grandfather was having an affair with his girlfriend the whole time they were together.

Filmmaker shares what happened when he met America's Most Inbred Family: "Like a Scene out of Deliverance"

A documentary filmmaker, Mark Laita, has revealed that America’s most inbred family, the Whittakers, have no education, live in grunginess, and are ‘like a scene out of Deliverance’.

A woman discovered that her son’s bride was her long-lost daughter on their wedding day. The incident occurred in Suzhou, Jiangsu province in China, 20 years after the woman had lost her daughter. The mother shares that she moved heaven and earth to find her daughter, but her efforts were in vain.

Should you snoop through your teenager’s messages?. Personally speaking, sometimes it would do more help than harm. Like in this case, a single father canceled his daughter’s concert plans after he read her messages about sneaking in illegal things. He vented out the incident on Reddit because he wondered if he was morally right for doing what he did following the course of events.

Man leaves wife after 19 years of marriage because she was a man: "Now I know why she wasn't good at ironing"

A man has spoken about the incident when he discovered his wife of 19 years was a man. And he exclaimed, "Now I know why she wasn't good at ironing." Sharing their story, the 64-year-old man, who goes by Jan, said he had met his wife Monica when she accompanied his sister’s children as an au-pair. He recollected she was ‘beautiful and feminine’ but ‘poor at ironing’, which he never understood.

A mom-of-two has been criticized online for her rash decision of leaving her husband and children for a man, whom she claims to be her ‘soul mate’ - only to be rejected by him.

Eerie AI tech has come up with an idea where grieving families can talk to their loved ones who're no more in virtual video chats. With AI’s support, now the technology can imitate their voice and facial expressions.

A video of a man dousing a homeless woman with water in an attempt to drive her away has sparked outrage. Collier Gwin, Foster Gwin Gallery's owner in San Francisco, blasted a homeless woman with a hose after she lay outside his gallery on January 9th. Talking to the media, Gwin defended his actions saying the woman was littering the sidewalk with her belongings and acted unpredictably. He justifies himself by saying he resorted to dousing only when she turned over rubbish outside his business and didn’t leave.

An obvious rule to follow when you’re working at a donut shop is not to eat donuts. But what if many donuts are about to be thrown away, and you can’t eat even one of them because you’ll get fired if you do so?