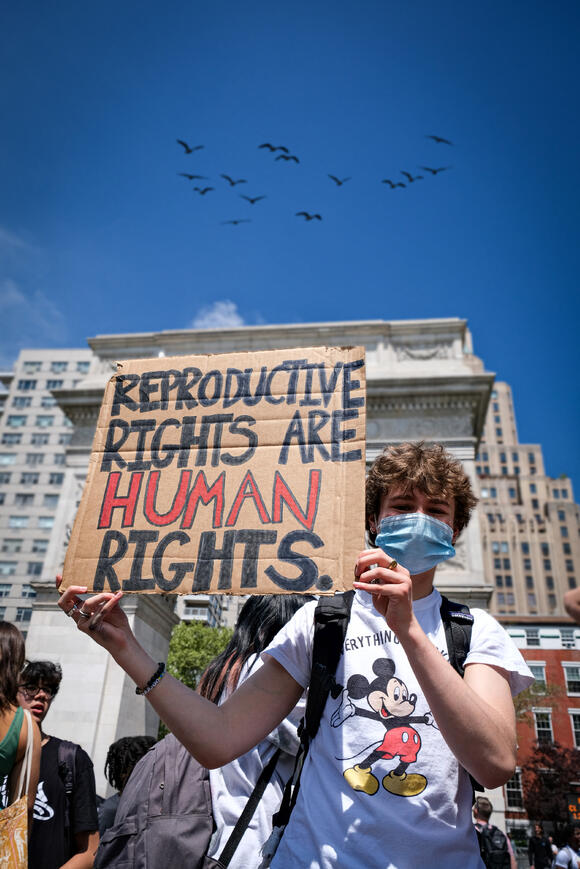 There is a spike in the fake reservations in Morton’s Steakhouse after the restaurant defended conservative Supreme Court Justice Brett Kavanaugh - who voted to overturn Roe v. Wade last month.

Abortion rights protesters gathered outside the restaurant after they learned that Kavanaugh was having dinner there on Wednesday - forcing him to exit via the back door.

Kavanaugh was one of the six conservative justices who voted to overturn the constitutional right to abortion, reversing Roe v. Wade.

A representative of Morton’s wrote a statement in Politico, “Honorable Supreme Court Justice Kavanaugh and all of our other patrons at the restaurant were unduly harassed by unruly protestors while eating dinner at our Morton's restaurant. Politics, regardless of your side or views, should not trample the freedom at play of the right to congregate and eat dinner. There is a time and place for everything. Disturbing the dinner of all of our customers was an act of selfishness and void of decency.”

Following this, several people started booking fake reservations at the restaurant. Entrepreneur William LeGate posted a screenshot of a reservation booking and wrote on Twitter, “One of my followers just DM'd me a screenshot of their confirmation for a party of 8 tonight. I have a feeling there will be many empty Morton's this weekend…"

He continued in another follow-up tweet, “Morton's Steakhouse DC is now 'fully booked' for tonight… they have dozens of other locations across the country which are rapidly being booked by pro-choice protestors,"

One of the users commented, “Brett Kavanaugh's right to enjoy a quiet dinner at a pricey steakhouse does not supersede my right to bodily autonomy."

Another commented, “Hate to argue with the esteemed constitutional scholars at Morton's Steakhouse, but the protesters also have the 'right to congregate' or, you know, freedom of assembly."

On 26 June, a 28-year-old mother gave birth to a baby girl with no limbs. She was born in a small village named Sakla in the Vidisha district of Madhya Pradesh, a state in India.

The mysterious village where all babies born are girls

The residents of a small village in the Dominican Republic have left the outside world astounded with its mysterious characteristic. All children born in this village are girls until some of them hit puberty and develop male external reproductive organs.

Mary Toft, the woman who claimed to have given birth to rabbits

Mary Toft, a twenty-five-year-old illiterate servant from Godalming, married Joshua Toft, a journeyman clothier. Her family was shocked when she gave birth to rabbits. An obstetrician named John Howard was being asked to examine the case. However, Howard was convinced she was telling the truth. He recorded that Mrs. Toft produced a rabbit's head, the legs of a cat, and, in a single day, nine dead baby rabbits.

Chastity Patterson, 23, from Arkansas, used to text her father, Jason Ligons, who died in a car accident four years ago, every day on his old phone number. The night before his fourth death anniversary, she texted her father “Hey Dad. It's ME. Tomorrow is going to be a tough day again.” She was amazed at what happened next.

Meet the 'one kidney village' where residents have only one kidney

After the Taliban took over the once beautiful country of Afghanistan, its economy was demolished, and almost 500,000 Afghans lost their jobs. 49.9% of the Afghan population lived in poverty which has forced people to sell organs to pay debts, buy food, and, in some cases, prevent selling their children.