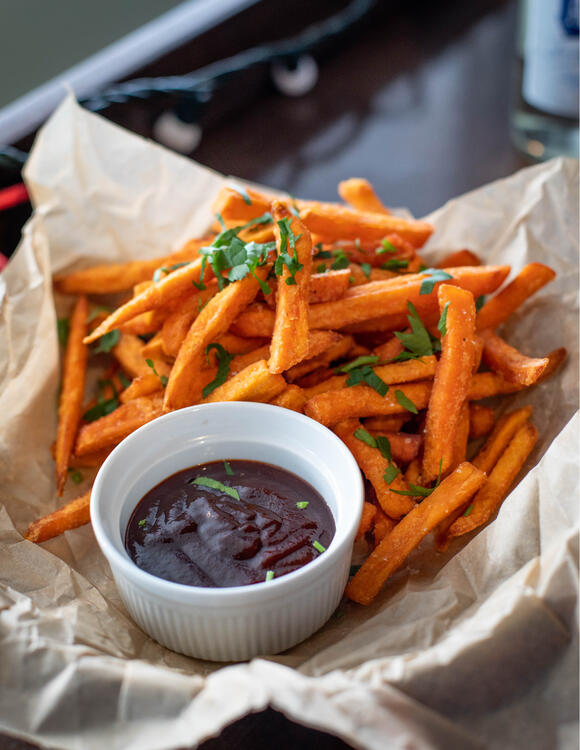 Customers wrecked havoc at a fry restaurant over the weekend because they were charged extra for the sauce. Three women attacked employees at Bel-Fries restaurant by throwing objects at them and leaped over the register. The New York Police Department ( NYPD) arrested them in the early hours of Saturday morning.

A good number of restaurant staff have quit during the pandemic because of rude customers and difficult managers. The rate at which employees in food services quit their jobs in April was 5.6% - which is almost double as compared to the national average rate of 2.9%.

Chef Rafael Nuñez recorded the entire incident on his cellphone and the clip has gone viral on Tiktok, Twitter, and Reddit. The three women were identified by the police.

When they asked for an extra sauce with the fries, the hotel staff explained to them that extra sauce would be charged $1.75. The video showed the three women attacking the staff with objects from the restaurant which included glass bottles and metal stools. They began climbing and dancing on the counters and tore down the plastic barrier. The crowd at the restaurant laughed as they watched all this happening.

They also removed $10 from the register. A 33-year-old female worker and a male worker were injured and suffered lacerations to their head. The restaurant posted on its social media that it would remain closed on Wednesday.

All three women were arrested on account of the robbery and criminal mischief. One of them was booked for charges of assault and resisting arrest by punching the arresting officer in the face. The other two women were charged with criminal possession of a weapon.