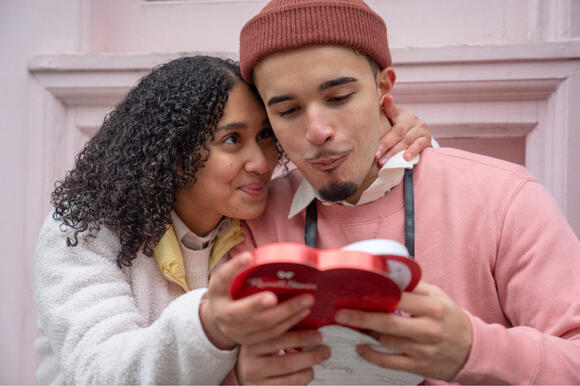 Photo by Budgeron Bach from Pexels

However, the darker side to gift giving is greed, selfishness, and deceit. According to The Wall Street Journal, gift giving is driven by greed now. And another study says that gift giving can create unnecessary pressure and competition between people. Succumbing to this pressure, some people may simply not buy any gifts.

However, the main problem arises when you are open to giving gifts but don’t receive them.

Is it justifiable not to buy gifts for a person who doesn’t get you any?

A Reddit post published on 4th May became sensational with over 1700 comments and was published in Newsweek by Ashley Gale. The post's author asks readers whether he should have got his girlfriend a gift for her birthday even though she didn’t get him any in the last two years.

The author starts by saying his girlfriend of three years hasn’t gifted him anything in the second and third years of their relationship. While she baked him some cake for the first year, she took half of it back to her family. He went all out and got her cards, balloons, flowers, and a few gifts for her birthday in the same year.

That Christmas, while the author got his girlfriend a few gifts, she didn’t buy him any. Again, for his following birthday, she didn’t gift him anything. But for her birthday, he gave her a gift - but kept it simple.

Then, last Christmas, the girlfriend said she wanted seat covers for her car. Although the author bought it, he didn’t give it right away and waited to see whether she got him anything - and she didn’t.

The author asked her about it, and she said she had forgotten.

Should you give only if you get in return?

As said before, gifting gives pleasure to those on the receiving end. It strengthens relationships and helps communicate feelings. Most importantly, it's the thought that counts.

When the girlfriend didn’t get the author anything for last Christmas, it was the last straw, and he decided not to buy her any more gifts.

On her birthday, he took her out for dinner but didn’t buy her anything despite her dropping hints as to what she wanted.

When she realized there wasn’t a gift, she said, “It shouldn't be about receiving. It's about giving. But thanks for being a passive-aggressive asshole and ruining my birthday.”

Do you think the author was being insensitive by not getting her a birthday gift, even though she had done the same to him? Or was it cruel of him to do that?

Upcoming events in NYC in April 2022

This spring is packed with fun-filled celebrations and nature exploring. From Easter to Earth day, here are a few events you may want to attend if you are staying in NYC or visiting this beautiful city.