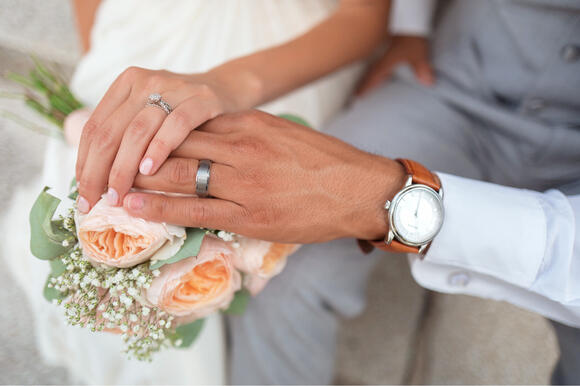 Photo by Drew Coffman on Unsplash

Marriage is often associated with poor mental health, lack of privacy, and emotional vulnerability. As a result, marriages are thought to have adverse effects on life.

It doesn’t help that 50% of all marriages end in a divorce or separation, further strengthening the idea.

But what if science suggests that marriage makes a person happy and healthy?

A study reported that married people are physically healthier than unmarried ones - shining more light on the relationship between health and marriage.

Young married couples were observed to control each other from overdrinking or excessive smoking, leading to better health. However, not much decrease was observed in the case of marijuana overuse.

Another benefit of marriage on health is the availability of health insurance. When a couple is married, at least one of them is likely to have health insurance. This, in turn, increases the chances of the accessibility of quality care.

Not that the physical after-effects of marriage are positive, let’s forge into how marriage affects mental health and happiness.

You will find several exciting studies conducted on the topic by Ronald Glaser and Jan Kiecolt-Glaser - who are married to each other. They are working as researchers in the Ohio State University College of Medicine.

One of their notable studies was on marriage and the resultant stress. The study explored how marital disputes impact health. They conducted the study on 90 newlywed couples and asked them to discuss their marriage issues. Accordingly, blood samples were drawn from them during the experiment. Upon testing, it was found that couples who were most hostile showed a decline in immunity during the 24-hour study period.

Another remarkable study conducted by the duo looked into the effect of marital stress on physical wounds. They observed how a blistered wound healed after a couple interacted.

The experiment was conducted on 42 couples in two phases.

As expected, wounds took a day more to heal (on average) in sessions where couples had argued. The wounds took around two full days to heal for couples who had shown severe hostility during their argument.

While good marriage is good for health, unhealthy marriages are harmful.

Timothy W. Smith, a professor from the University of Utah, found that marital battles negatively affected the woman in his experiment. Women who had to endure hostile and affectionless arguments were at higher risk of heart diseases. On the other hand, men showed no such sign.

Smith said, “Most of the literature assumes that it’s how bad the arguments get that drives the effect, but it’s actually the lack of affection. It wasn’t how much nasty talk there was. It was the lack of warmth that predicted risk.”

However, when the arguments were in control, men showed unhealthy coronary calcium scores.