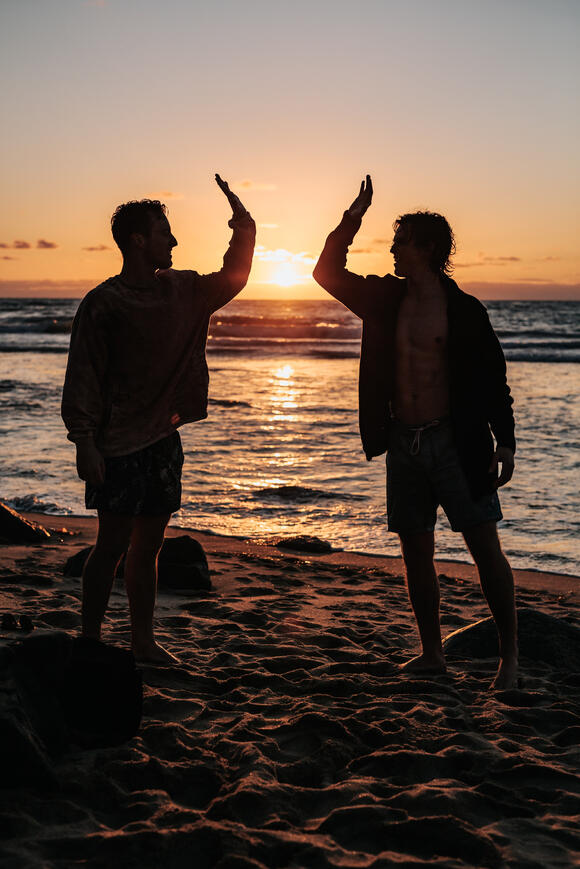 Photo by Tyler Nix on Unsplash

Have you ever heard of bromance?

This term was analyzed by a study published in Sage Publications in 2017.

One such study reported that bromances offer young men space to emotionally express themselves without being judged. According to the study, the lack of boundaries and judgment leads to a satisfying friendship like a bromance.

Out of the 30 undergraduate straight men interviewed, many felt they were judged more by their girlfriends than close male friends. Consequently, bromances are more satisfying than romantic relationships. In bromance, men don’t worry about how others perceive their relationship.

Mark, one of the interviewed undergraduates, said, “I’ve got really good friends that are guys and we call it a bromance. You can fully discuss your fears and problems with them, all of that. We are completely comfortable with each other and kiss and hug every now and then. You know they will always be there to back you up if you need it.”

Another interviewed undergraduate shared, “I have one [bromance] with my best friend. Like, he will do something for me and I’ll feel really sentimental like you really shouldn’t have done that, but you did. He does more for me than a normal friend would. It creates a love feeling for me, not sexual though.”

Quite a few of the interviewees also compared bromance to brotherhood. They explained it felt like having a brother from another mother. In fact, they don’t shy away from expressing it out loud.

Jack, an interviewee, said, “I love him to bits, he’s my man crush.” Theo said something similar, “I can happily say, ‘oh I love him.’” But they added that there was no sexual attraction. One of them argued, “There is no sort of sexual attraction in this love.”

This open acclamation of love wasn’t practiced in traditional male friendships, where emotional words like ‘like’ were unacceptable. Those engaging in bromantic relationships say they don’t feel embarrassed showing their feeling to their bromance friend.

In addition to being open about feelings, these men also value physical intimacy. They aren’t against lying next to each other or cuddling. “You can lie in bed with your bromance, have a cuddle, and just talk.”

Most importantly, another study, ‘Privileging the Bromance: A Critical Appraisal of Romantic and Bromantic Relationships’, reported that men get more out of bromances than romantic relationships. The interviewed men said they find bromance more emotive and trusting because they aren’t judged like in heterosexual relationships.

As a result, bromances offer them more emotional stability, social fulfillment, and help with conflict resolution when compared to their romantic relationships.

Upcoming events in NYC in April 2022

This spring is packed with fun-filled celebrations and nature exploring. From Easter to Earth day, here are a few events you may want to attend if you are staying in NYC or visiting this beautiful city.