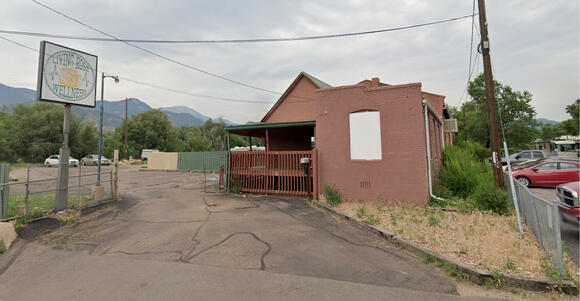 The Marijuana Enforcement Division of the Colorado Department of Revenue issued a health and safety advisory last week after identifying potentially unsafe levels of yeast, mold and aspergillus on medical marijuana flower produced by SDJ LLC, which does business as Living Rose Wellness.

The batches that failed the testing were among more than 180 from this year and last that weren’t initially submitted for testing in accordance with state rules, the state said.

Officials deem it a “threat to public health and safety when marijuana is found to have levels of total yeast and mold and aspergillus above the acceptable limits,” the state said.

Aspergillus is a genus of mold species that can cause infections, fatal diseases and allergic responses, according to the National Library of Medicine.

New regulations pertaining to aspergillus went into effect in Colorado in July.

At Living Rose, an employee who was supposed to oversee testing wasn't up to date on the rules, said Michelle Stoddard, store manager. That person has since been fired, she said.

Marijuana Enforcement Division officials visited the store, informed the dispensary that its testing wasn't up to current standards and that all of its cannabis needed to be re-tested.

"All of the flower on our shelves since the issue occurred has been outsourced to ensure our patients are getting clean medicine," Stoddard said.

The dispensary, at 212 S. 21st Street, occupies a building in an older part of Colorado Springs. After mold was discovered in the roof, the dispensary was inspected, treated for mold and had its water source tested, Stoddard said.

"Our next step, is to have everything re-tested and swabbed to ensure the building is back up to code before growing any more cannabis in that building," Stoddard said. "We are taking this as a learning lesson and are excited to get back up to the quality standard we've been known for having for years."

Living Rose is hardly the first dispensary in Colorado to have its marijuana fail testing.

This story has been updated to include additional comment from Living Rose.

(Across Colorado) The market share for electric vehicles in Colorado accelerated strongly in 2022, even as overall retail sales of cars and light trucks fell, an industry group said.

(Pueblo, Colo.) Xcel Energy plans to build a large battery storage system at the retiring coal-fired Comanche Generating Station in Pueblo, in a project that could come online as early as 2025.

(Denver, Colo.) State officials warned the public about potential health issues with medical marijuana sold in Denver and Northglenn dispensaries. The company that produced the tainted weed has issued a voluntary recall.

Trails north of Nederland to close for slash pile burning

Screenshot of a slash pile burn image in a Boulder County advisory.Photo byBoulder County. (Boulder County, Colo.) Portions of Boulder County public space north of Nederland will be closed next week when officials burn vegetation cleared to reduce the risk of wildfires, the county said.

"Hertz Electrifies" is a new public-private partnership between Hertz and cities.Photo byHertz. (Denver, Colo.) Rental car company Hertz is launching a program in the Mile High City that aims to expand its electric vehicle rental offerings.

(Denver, Colo.) Denver’s electric bicycle incentive program will return at the end of the month, reviving a popular rebate scheme that dovetails with state efforts to reduce emissions.

A legal marijuana grow in Colorado.Photo byBrett Levin via Flickr. (Denver County) Colorado marijuana businesses sold nearly 20% less weed in October than they did a year ago as the state’s steep cannabis sales slump continues.

A legal marijuana grow in Colorado.Photo byBrett Levin via Flickr. (Across Colorado) State officials warned the public about potential health risks with recreational marijuana sold in five communities across Colorado.

University of Colorado students hold a demonstration at the Boulder campus to protest the school's investments in fossil fuel companies.Photo byBella Pao. (Boulder, Colo.) Hilda Flavia Nakabuye, a climate activist from a farming region in Uganda, remembers how her family went from supplying food to people in the area to not having enough to eat themselves as worsening heat waves decimated crop yields.

Ute Mountain Ute chairman Manual Heart in a video this week promoting water conservation education in Colorado.Photo byScreenshot of YouTube video. (Towaoc, Colo.) The leader of the Ute Mountain Ute tribe of the Four Corners region called on Coloradans to educate themselves about what they can do to help conserve water.

Two heat pump condensers outside of a building.Elephant Energy. (Boulder, Colo.) A Front Range home-electrification company is expanding its team and service area in anticipation of increased demand due to high natural gas prices and federal incentives to switch to electric heat pumps and stoves.

Slope-side housing in Snowmass to have eco-friendly water heating

(Denver, Colo.) A Denver company that uses waste natural gas from oil wells to power data centers is continuing its expansion by purchasing a Bitcoin mining company that operates in the oil fields of North Dakota and Montana.