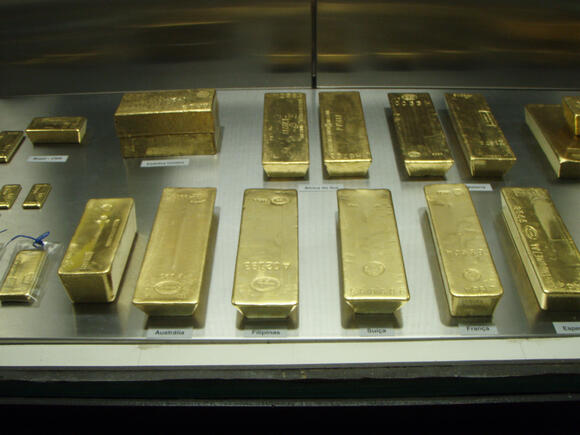 Glencore, a Switzerland-headquartered multinational commodities company involved in metals and energy products, will acquire Denver-based Newmont’s 18.75 percent share in the Argentina mine for $124.9 million and as much as $50 million in deferred payment once the mine begins commercial production.

Known as the MARA project, the mine is a joint venture formed in 2020 between Canada-headquartered miner Yamana Gold, Glencore and Newmont – the biggest gold miner in the world, both by stock market value and ounces produced.

After Newmont sells its stake, Yamana will continue operating the mine with a 56.25 percent stake and Glencore will own the rest.

The mine isn’t a core asset for Newmont but represents a sizable project for the other two companies, with proven and probable mineral reserves of 5.4 million metric tons of copper, 7.4 million ounces of gold and an initial mine life of 28 years.

Newmont operates mines in North and South America, Africa and Australia. In June, the company said it completed the acquisition of mining claims in Canada to make them available for indigenous land planning.

A KPMG accounting and tax consulting office in Tempe, Ariz.Tony Webster / Flickr. (Greenwood Village, Colo.) International accounting firm KPMG this week resigned as the auditor for Gatos Silver, a Greenwood Village-based mining company in hot water after finding the amount of metal it can extract from a Mexican mine was overstated.

(Glenwood Springs, Colo.) The company developing a solar array and battery facility at Colorado Mountain College's Spring Valley at Glenwood Springs campus said the project is nearly complete and will be operational this fall.

An electric-car charging station with a car plugged in.Ivan Radic / Flickr. (Denver, Colo.) The U.S. Department of Transportation gave the green light to a Colorado plan for a statewide electric-vehicle charging network, unlocking $57 million in federal funds for the state, officials said this week.

A Union Pacific engine heads a weekly train from Grand Junction to Montrose.Chuckcars / Flickr. (Across Colorado) Colorado coal mine managers and coal-fired power plant operators are bracing for a potential national railroad strike that would disrupt fossil fuel shipments from western Colorado to utilities in the state.

Goats beginning to graze the noxious weeds at Malmstrom Air Force Base in Montana.Elin Pierce / U.S. Fish and Wildlife Service / Flickr. (Pitkin County, Colo.) For the seventh year in a row, the Roaring Fork Transportation Authority has hired Goat Green to bring in hundreds of goats to graze on weeds along 20 miles of the Rio Grande Trail corridor.

An installation at the Solar Technology Acceleration Center in Aurora.U.S. Department of Energy / Flickr. (Across Colorado) Colorado added 32 megawatts of solar generation capacity in the second quarter of this year, bringing the percentage of the state’s electricity from solar to nearly 6%, according to numbers from the Solar Energy Industries Association.

Front Range foothills above Boulder with wildfire haze and dust kicked up from a tractor.Bo Insogna / Flickr. (Boulder, Colo.) The Boulder City Council gave preliminary approval to add a proposed climate tax to the November ballot.

A steel worker at the mill in Pueblo.Helen H. Richardson/The Denver Post via Getty Images. (Pueblo, Colo.) A European steel company backed by a sanctioned Russian billionaire is selling its steel mill in Pueblo amid tensions over the war in Ukraine. So far the company hasn’t let the city know if any potential buyers are interested.

(Denver, Colo.) Slumping cannabis sales in Colorado are increasing the stakes for Denver’s marijuana industry as it faces a ballot initiative that would place a new tax on the city’s weed sales.