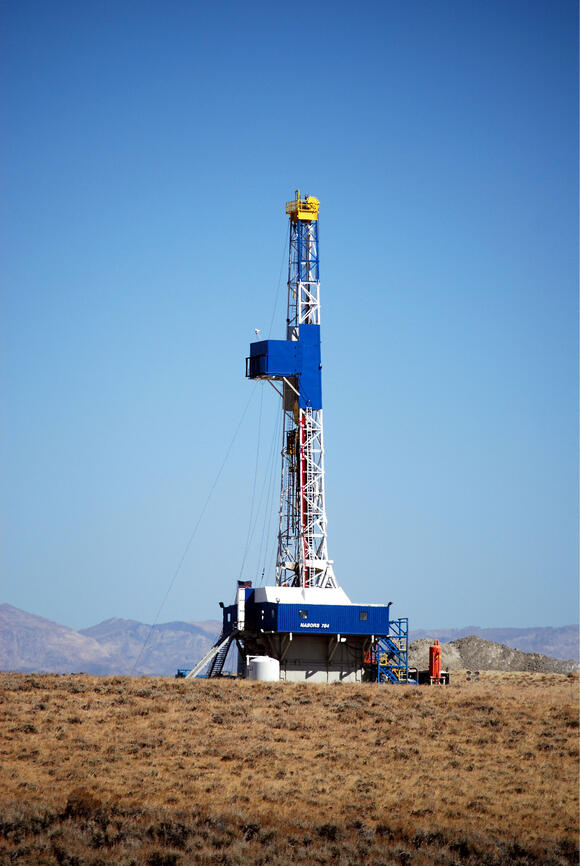 A drill rig in Wyoming.Bureau of Land Management / Flickr

DPOC, a company linked to Denver-headquartered oil and gas firm Mallard Exploration, spent $10,002 per acre for a 120-acre parcel in Weld County, making it the highest bidder in the federal lease sale, the bureau said.

Mallard’s chief financial officer, also listed as the registered agent with DPOC, didn’t return a phone call seeking clarity on how the two companies, which share an address, are related.

In the oil and gas industry, it’s common for leasing companies to be different than those that end up developing and operating wells, said Shawn Reed, a petroleum engineer with Denver-based Reed Energy Consulting.

Leaseholders can sell leases outright to other companies to develop wells, or they may retain royalty interests, he said.

Two other parcels in the BLM’s Colorado lease sale went for much less than the Weld County acreage.

Three other parcels in Colorado didn’t receive any bids, Shedlowski said. Lands that do not receive a bid and are not subject to a presale offer are available on a first-come, first-served basis for two years beginning the day after the sale.

Weld County is by far Colorado’s most prolific fossil fuel production area. So far this year, it has produced more than 44 million barrels of oil and more than 322 billion cubic feet of natural gas, according to Colorado Oil and Gas Conservation Commission data.

This month, the commission approved plans from Denver-based PDC Energy to develop 99 wells in Weld County.

(Gunnison County, Colo.) A burning underground coal seam started a fire southeast of Somerset that officials say may continue for a long time. On Monday, the Gunnison County Sheriff’s Office said on Facebook that it was aware of a fire burning near Colorado 133, posting a photo of smoke on a hill with a helicopter above. It said crews were managing the fire, and additional resources were on their way.

THC-infused brownies for sale in Colorado in 2018.THC Photos / Flickr. (Across Colorado) The mix of cannabis product sales is changing as overall sales in Colorado’s legal marijuana industry slow, and prices for marijuana products decline.

(Denver, Colo.) Newmont Corp. and a union representing workers at a mine in central Mexico reached a profit-sharing agreement that averts a strike. Denver-based Newmont – the biggest gold miner in the world, both by stock market value and ounces produced – will pay the workers a profit-sharing bonus of the equivalent of $70 million, the company said this week.