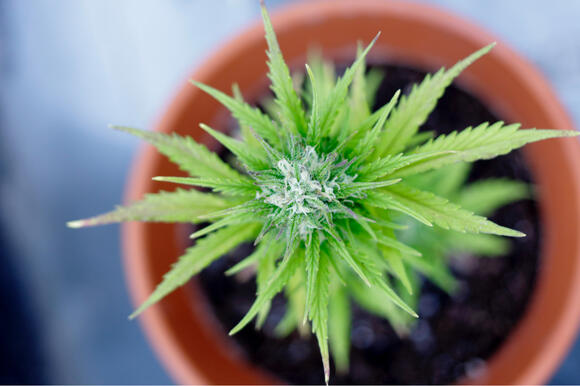 Despite many states legalizing weed in some form, the drug is still illegal at the federal level, where banking laws are set. That leaves banks dealing with marijuana businesses open to the risk of being charged with money laundering or aiding and abetting a federal crime.

While there is a loophole allowing marijuana banking if the lender files specific paperwork with each transaction, that requirement is so onerous that most banks simply stay away from the industry.

The bill, which has passed the House several times in some form but has never been considered by the Senate, says proceeds from legitimate state-legal cannabis businesses aren’t automatically unlawful just because they come from cannabis. If passed, federal regulators couldn’t limit depository insurance for banks that provide services to legitimate marijuana businesses.

But the bill’s passage wouldn’t mean demand for specialty cannabis banks will dry up, said Sundie Seefried, CEO of Arvada-based Safe Harbor Financial. Just like not all banks are willing to deal with the complexities of money services businesses like check cashing establishments, not every bank is going to want to wade into the cannabis industry, Seefried said during a webinar last week.

Even if the SAFE Act passed, federal regulations require banks to keep funds from illicit markets out of the system, she said. Not all banks will have the expertise to know how to identify money earned in state-legal regulated markets versus that gained from illegal cannabis operations, she said.

“We have to watch for the illicit players,” she said.

Matt Karnes, founder of cannabis research and consulting firm GreenWave Advisors, which hosted the webinar, agrees that specialty cannabis banks will continue to see demand if the SAFE act passes.

“Passage doesn’t mean that every bank will then be willing to bank cannabis companies,” he said. “As a first mover, Safe Harbor has a deep understanding of the complexities associated with operating in the cannabis industry and over the years has built a credible and necessary compliance platform that remains relevant, even with the eventual passage of SAFE Banking.”

Safe Harbor started out with 10 test accounts in Colorado in 2015 and has grown to more than 600 accounts. Since its inception, it has processed more than $12 billion in transactions with companies operating in 20 states with regulated cannabis markets.

Safe Harbor is in the process of going public via a special purpose acquisition corporation called Northern Lights Acquisition Corp., which is headquartered in Denver. Northern Lights shareholders are scheduled Friday to hold a special meeting about approving the deal.

Feds approve energy transmission line that will run through Colorado

Wind turbines in Medicine Bow, Wyoming, in May 2012.Tony Webster/Flickr. (Moffat County, Colo.) The White House on Thursday said it gave the greenlight for construction of a 416-mile electricity transmission line that will run through northwestern Colorado and could increase power reliability in the state even though it won't directly serve households or businesses here.

A Nikola Tre electric truck on display at the Colorado State Capitol in March.Colorado Department of Transportation. (Across Colorado) Back in March, Aurora-based Wagner Equipment Corp. became the first in Colorado to offer an electric semi truck. As of Tuesday, the heavy equipment dealer hadn’t sold any of the Nikola Corp. vehicles but had three “solid” proposals in front of potential customers.

A truck tractor parked at McCandless Truck Center in Aurora.Matt Whittaker / NewsBreak Denver. (Aurora, Colo.) Just south of the Airport Boulevard exit in northern Aurora, as the Front Range gives way to the plains, lies an oasis for truckers traveling the major freight corridor of Interstate 70.

A drilling rig in Weld County.Scott Branson/Flickr. (Across Colorado) The Biden administration’s plans to hold oil and gas lease auctions in Colorado next month have drawn the ire of environmental groups who worry about the effect new drilling will have on climate change.

EVgo launched the company’s first fast charging station at a Colorado Whole Foods Market in 2018.EVgo Network/Flickr. (Across Colorado) A new study found that Colorado is the fifth easiest state to charge electric cars, underscoring a state push to electrify the transportation sector and the increasing popularity of the vehicles amid rising gasoline prices.