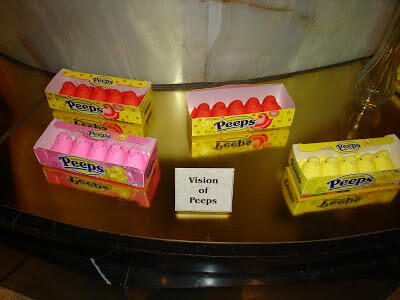 ST. PAUL, MN - In the days leading up to Easter 2006 a cloth bunny, pastel colored-eggs, and a sign reading “Happy Easter” were taken down from the lobby of the St. Paul City Council offices after concerns over the appropriateness of publicly recognizing the Christian holiday in a government building. The simple act of putting up decorations ignited a political firestorm that reached every corner of the United States—and parts of the world.

On Wednesday March 22, 2006, St. Paul’s human rights director Tyrone Terrill requested the Easter Bunny and other decorations be removed from City Hall. He was concerned that displaying a "Happy Easter" message would offend the citizens that didn't celebrate the holiday. Although no one complained, he wanted to make sure everyone’s rights were protected.

Opinions of this decision within the building were split, with some feeling a public building should not cater to any religious holiday while others didn't understand why people could be offended by something as harmless as a bunny and some eggs.

Backlash against the removal came quickly on both a local and national level. Mayor Chris Coleman passed out chocolate eggs at morning meetings and an “anonymous protester” placed Peeps candy around the iconic “Vision of Peace” statue in City Hall - effectively renaming it “Vision of Peeps” (even placing a laminated sign by the growing pile of chickadee and bunny shaped candies).

Radio, journalism, and television got into the act as well. Local radio station KS95 sent a staffer in a six-foot pink bunny suit into downtown St. Paul with a “Bring Back the Bunny” sign during the “Greg and Cheryl Show” to hand out candy to passersby. “The Washington Post,” “Forbes,” “Fox News,” and other national organizations entered the conversation to make sure they had their say.

Opinions stretched beyond the capital city onto the Internet with an AOL poll drawing nearly 35,000 votes on the matter - with 92% of respondents feeling the bunny should stay. Lines were drawn between two very different ideas, one believing Easter represented the Christian Resurrection and the decorations should’ve indeed been taken down and another side feeling the Easter Bunny, the pagan symbol of fertility, wasn't something to worry too much about.

Even "Just Born", the company that made Peeps couldn't resist getting into the act, saying in a press statement, “It is a shame that the Easter Bunny hopping through City Hall has created such a disturbance. We are sure that the regal “Vision of Peace” statue does not mind sharing a little glory and spring fever with us - the Peeps."

As the backlash grew stronger, the sense of humor in St. Paul’s City Hall stood decidedly firm. Presumably they knew that there was no longer a correct answer to their situation, so they had some laughs while they waited for everything to blow over. When asked for his opinion of the bunny removal Mayor Chris Coleman was quoted as saying “Have you ever seen ‘Monty Python and the Holy Grail’? This [the bunny] is a killer. We had to do something.”

Council Member Dan Bostrom also got into the act, wearing a black shirt that read "Where My Peeps At?" and hanging a bunny sign that said "Happy Easter" from his door. Unfortunately, it was not all fun and games, Terrill and Council President Kathy Lantry (the person who carried out the request to remove the potentially offending items) received large amounts of hate mail (e-mail, voice, and snail), with complaints about their decision coming from as far away as Singapore. Terrill's house was egged.

The news eventually fell out of the twenty-four-hour news cycle, and a short time later everyone moved on.

SAINT PAUL, MN -- One of Minnesota's most brutal and cold-blooded crimes occurred in a downtown Saint Paul butcher shop shortly after noon on February 18, 1905. At 12:05 PM, seventeen-year-old Walter Gerenz, delivery boy for Christian Schindeldecker's butcher shop at 523 West 7th St., walked home to have lunch. He returned forty minutes later to find the shop's front door bolted shut. Assuming his boss had stepped out, Gerenz went around back to enter.

Photo of Jennie and her sister Alice MatthewsLynn Blewett/Star TribuneMINNEAPOLIS, MN - The March 23, 1912, death of Alice Matthews shocked the city of Minneapolis. Attacked by a dark, brooding figure only a couple of doors from her home, she did everything possible to try to save her own life. Matthews fought bravely, but her cries for help went unheeded. Her case dominated local papers for a few weeks. However, the story eventually became old news, and her attacker was never found.