Jennifer Garner is proud to be the woman with three kids 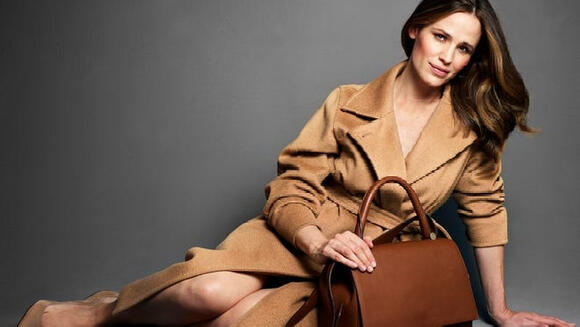 Jennifer Garner says that she has embraced her body change after giving birth to three children. She is satisfied with the way she is growing old. Also, she is happy seeing her kids growing up so quickly.

Some days ago, the "Yes Day" actress made an appearance on the podcast titled "Happy Mum, Happy Baby" where she told host Giovanna Fletcher that she does not have a bounce-back body. She has accepted the changes in her life and is okay with her current look. She does not even care about what people think of her.

There are some incredible women whose bodies just, no matter how many babies they have, they bounce right back to that slim-hipped, no stomach," It's incredible. I have so many girlfriends who have that physique, and I'm so happy for them. I am not one of them. That is not my gig.

Jennifer Garner shares two daughters and one son with her ex-husband Ben Affleck. The names of her kids are Violet, Seraphina, and Samuel. Violet is fifteen years old, Seraphina is twelve years old and son Samuel is nine years old. For the rest of her life, she wants to look like a woman who is proud to have kids. She does not mind being called a mom.

The “Catch Me If You Can” star has revealed that she is capable of working hard. She can fit in any kind of role. She has also addressed the constant pregnancy rumors surrounding her and has said that she is not pregnant. The only thing is that she has become a little bulky, but this does not mean people or the media have the right to say that she is pregnant.

It is just the body that is being talked about. She is thankful for it. At 48, Jennifer Garner thinks that she is single. She carried her babies gracefully, and what happened between her and Ben would not affect her kids.

From friendship and marriage to becoming parents and divorce

The “13 Going on 30” actress started dating Ben Affleck in 2004. They had established a good friendship on the sets of “Daredevil” and “Pearl Harbor.” They remained together for about two years. In June 2005, they tied the knot in a private Turks and Caicos ceremony. Victor Garber had officiated the ceremony, and Rainer Andreesen was one of the guests.

In April 2017, fans came to know that Ben and Jennifer were separating their ways. They jointly filed legal documents and began seeking joint legal and physical custody of their kids. The divorce was finalized in October 2018.

Even when she had left her husband, Jennifer continued supporting Ben when he was struggling with alcoholism. In 2020, she said that attending Al-Anon meetings had changed "the dance" of their relationship.

On the work side, Jennifer Garner is more than willing to appear in the reboot of “Alias.” She says that she wants to work along with her former co-star and a very good friend Bradley Cooper. She will do everything needed to make the reboot of the JJ Abrams series successful.

The spy thriller was aired on ABC for five seasons, starting from 2001 and ending in 2006. Its story involved Jennifer Garner as Sydney Bristow, an agent of the Central Intelligence Agency. “Alias” explored her obligation to hide the truth from her family and friends that she was an agent.

The series received appreciations from audiences and critics and was included in the American Film Institute's list of top ten television programs of 2003. It also received various nominations and awards.

Fried Chicken Restaurants in Los Angeles That Are Worth Your Time

Steakhouses in Iowa That Are Worth Your Time

Iowa is home to some of the best steakhouses in the country. If you are looking for an amazing steakhouse, you’ve reached the right place. On weekends, there is nothing more amazing than enjoying Iowa steak with your family and friends. You can visit any town or city to discover tender and flavorful steaks. The best part is that most steakhouses have veggie-friendly side dishes that will make a perfect meal. So let’s begin the list.

You are going to love these places. Are you hungry for the best steak in Chicago or Illinois? You have reached the right place. Chicago is historically a meat town, but this is not the only place where steakhouses are present in a large number. In fact, they can be found across Illinois. Bone-in prime ribs, juicy porterhouse, and filet mignon are some of my favorite items. Whatever your mood is, you may bring your family and friends to the following steakhouses in Illinois.

Kanye West will hold an album release party on August 5. After his separation from Kim Kardashian, Kanye West is back to work. He is ready to release a new album this August. The name of his alum is Donda, and the rapper will hold a special release party for it at Mercedes-Benz Stadium, Atlanta, on August 5.

You can bring your family there. Oklahoma is home to some of the most beautiful buildings, outstanding boutiques, and restaurants. Whether you are looking for traditional meals or want Mexican food, you will find everything in this beautiful city. You probably remember my post in which I talked about the best Mexican restaurants in Oklahoma. This is the right time to visit the following Chinese restaurants.

Your Carefree Summer Ends Because COVID Cases Are Surging in Oklahoma – What Will a Return to School Look Like?

Be Aware and Beware: Mountain Goats Could Lick Your Car in Colorado (Watch the Video)

This behavior is quite unusual. The mountain goat (Oreamnos americanus) lives high in the mountains. This Colorado wildlife species is one of my favorites. Mountain goats are more closely related to African antelope species than domestic goats. The approximate weight of a male mountain goat is 300 pounds, while the female mountain goat tends to be about half that size. They are called billies and nannies. Both of them have horns and feed on grasses and flowering plants.

You can have many frozen treats this summer. The National Ice Cream Day was on July 18, but you can still enjoy ice cream. Chicago was built on swampland, so it isn’t surprising that when the summer season arrives, the day becomes long and humid. Of course, everyone living in Illinois wants to escape the heat. Its cities, especially Chicago, have a lot of ice cream shops and frozen treat spots.

You can spend your day out with your family or friends. Oklahoma is a haven for great and tasty Mexican cuisine. Restaurants serve everything from refreshing tostadas to delicious margaritas. If you like cheesy and spicy food, it will be great to visit a Mexican restaurant. In Oklahoma, you can have an unforgettable meal at reasonable prices. Visiting a Mexican restaurant is not about the food, it will be a sensory experience for you. So let’s begin the countdown.

So Many People Are Leaving California for Texas -- What Do You Say About It?

Home prices and other factors contribute. It seems that all of California will move to Texas soon. Am I right? Texas and California are two of the most populous states in the United States. They have long competed to attract talent and brands. Data from the 2020 U.S. census shows that Texas has started drawing more people, including Californians. It is worth mentioning that from 2010 to 2019, more than 650,000 Californians headed to Texas. This means the world has finally come to know that Texas has a lot to offer.

Bug experts may change the name of destructive gypsy moths. U.S. bug experts are dropping the name gypsy moth because it is considered an ethnic slur. The Entomological Society of America oversees the common names of bugs. This society is getting rid of the common name of that critter and the lesser-known gypsy ant.

Experts predict more than 25 million people will be exposed to these parasites by 2080. Every summer, millions of people flock to Gulf Coast beaches. In Texas, different stories have surfaced about flesh-eating parasites infecting beachgoers. The name of this parasite is Leishmania. Experts say that these parasites are not only present in Texas but also in Florida and Oklahoma.

5 Weirdest Things I Have Ever Seen in Illinois

You may also like to see these places. Some people like visiting theme parks and shopping centers, while others love seeing unusual attractions. I am one of them. In Illinois, I have seen various strange and outstanding places. The following ones have left an everlasting impression on me.

The Turtle Season Begins in North Carolina -- How Can You Protect Their Habitats?

The turtle season runs from May through August. Turtles are very beautiful and unique reptiles. They have boney or cartilaginous shells; these shells cover their bodies. The shell of a turtle is developed from its ribs. It grows over the reptile’s lifetime. In some turtles, you will see growth rings on the scutes (scales) covering the shell. Turtles are found in North Carolina in a large number. Their habitats include the ocean, rives, freshwater lakes, forests, dry sands, and hills.

Illinois has some of the most unique cuisines. The United States is known for its fusion of cuisines and while it was once called the Melting Pot of cultures, it is also the melting pot of fusion foods. Illinois, specifically, has its unique list of foods. Some of them are quite tasty, while others are a little expensive.

Disney is Moving Many Parks Division Jobs out of Southern California to Florida – What Does It Mean for Los Angeles?

Los Angeles has a good business environment. Los Angeles has dozens of industries, with each having a unique logistics network, talented employees, investors, and suppliers. It won’t be wrong to say that Los Angeles is one of the most dynamic economies in the world. It is famous for its fast-growing and immense high-tech industry, great strength in aerospace, advanced transportation, large manufacturing base, international trade industry, and an increasing amount of venture capital investment in startups. All this success can be traced to its skilled workforce and visionaries who reinvent everything from transit to translational medicine. Still, companies like Disney are moving from California to Florida.

Is It Safe for Children to Go Back to School in Illinois?

The Illinois Department of Public Health adopts COVID-19 prevention school guidance. The Illinois Department of Public Health (IDPH) has fully adopted the Centers for Disease Control and Prevention (CDC) updated guidance for COVID-19 Prevention in Kindergarten (K)-12 Schools. Their goal is to ensure the health and wellbeing of teachers, students, and staff so that in-person learning can resume as safely as possible.

Why Are Some People Seeing Snakes in Their Georgia Homes?

It looks like the snake season has started. You should keep them away. You are in your backyard. You’ve got a cold drink in one hand and hamburgers in the other hand. Your kids are playing outside, running around, and making you feel good. In the meantime, a snake slithers up to the party. What will you do? In Georgia, snake sightings have become common. An incident has recently been reported.

Serendipity3 in NYC: This Restaurant Sets World Record with Fancy $200 French Fries – The Reason is Quite Interesting

Its French fries set a Guinness World Record and many people want to know the reason. If you are a New Yorker, you are living in the best dining destination in the world. Eating out is practically a sport in this beautiful and incredible city. You can find anything at reasonable prices, and if you want to spend hundreds of dollars, then restaurants like Serendipity3 are perfect for you.