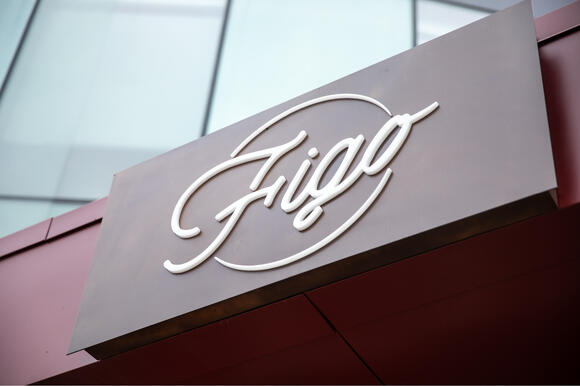 Glu Hospitality partners Derek Gibbons and Tim Lu will debut Figo Ristorante and Figo Pizzeria this Friday, October 15th, at 1033 N. 2nd Street. The two side-by-side restaurants will debut in the heart of the Northern Liberties Restaurant Row, in the former home of Darling's Diner and Wahlburgers, next to the Piazza.

Next door, at the North end of the property, Figo Pizzeria will offer pizza and stuffed hoagies with lunch, mid-day, and dinner service, with cafe seating outside and take-out/pick-up and delivery. A smaller artisanal version of the Figo pizzas will be offered in 12-inch size on the dine-in menu next door at Figo Ristorante. 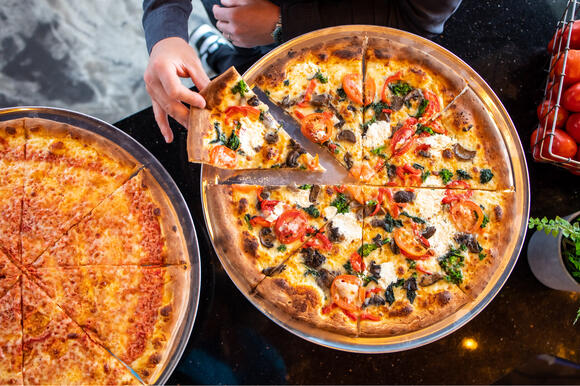 Figo will give away free pizza slices on Friday, one per person, between 11:30, am and 1:30 pm for the grand opening.

Reservations for Figo Ristorante can be made by calling the restaurant at 267-245-9625 or by visiting OpenTable. Figo will launch delivery service on Grub Hub, Door Dash, Uber Eats, and Caviar.

Celebrated restaurateurs Fia Berisha (formerly Elements, Mistral) and Nicholas Elmi (Laurel, In the Valley) of BE Hospitality and The Landing Kitchen are pleased to announce the opening of a sister restaurant, Lark, in partnership with Penn Group.

Old York Cellars, one of the oldest vineyards in the Garden State, has formed a new partnership with Darryl “DMC” McDaniels, a founding member of pioneer rap group Run-DMC. As a result of this partnership, Old York Cellars will be offering a new collection of custom-labeled wines, called Darryl Mack Cellars, alongside chocolates and baked goods prepared by local bakers and chocolatiers, and curated by Darryl.

Dig, a multi-city, multi-format restaurant group with a core focus on vegetable-forward cooking will open a new fast-casual restaurant located at the University of Pennsylvania in early 2022. The new University City location, a 2,700 square foot space spanning two floors at 140 S. 36th Street, will be Dig’s second in Philadelphia, in addition to their Center City spot.

Chef-Owner Khoran Horn and Chef-Partner Matthew Gansert are pleased to announce the opening of the Guard House Cafe, a chef-driven cafe and community hub. Named for its location on the Frankford Arsenal campus, a former U.S. Army ammunition plant, Guard House is the sole restaurant concept on the reimagined multi-use property boasting creative spaces, workout studios, and even two schools. The cafe will open at 7 AM on October 18 and will operate Monday through Friday, 7 AM to 3:30 PM moving forward at 2275 Bridge Street, Building 101.

Where to Eat, Drink & Stay on Long Beach Island in the Off-Season

Everybody rushes "down the shore" during the summer, but that's not for us. After summer, we prefer visiting the Jersey Shore when the "shoobies" and "Benny's" have all gone home. We're just not fans of crowds, waiting in lines, fighting for parking spaces, etc. We're also not sun-worshipping beach-lovers either. Don't get it wrong, we love walking on the beach and dipping our toes in the water, but with very fair, pale skin quite prone to burning, it makes being out in the hot sun not so fun! The sun and we do not get along. And among other reasons, we're just not fans of the summertime. Nope.

Now that Autumn is here, you might be thinking about traveling to catch the fall foliage and go leaf-peeping. The Pocono Mountains in Pennsylvania is a fall wonderland famous for its resorts, outdoor adventures, and fun things to do for the whole family in all four seasons. But did you know that the Pocono region has a unique and increasingly diverse food scene, too?

BLDG39 at the Arsenal in Bridesburg Opens After Preservation Renovations

BLDG39 at the Arsenal is a new indoor/outdoor event venue located at 5401 Tacony Street in the heart of Northeast Philadelphia's Bridesburg neighborhood. After renovations to preserve this historic industrial building, it operates as an event space and a co-working commissary kitchen for local caterers and food trucks.

Congress Hall, America’s oldest seaside resort, is pleased to announce it has been named to the Travel + Leisure 2021 World’s Best Awards. Owned and managed by Cape Resorts, Congress Hall was awarded #2 in the Top 10 Best Resort Hotels in the Mid-Atlantic.

A Food and Drink Lovers Weekend Getaway to Baltimore

Old Line Spirits Distillery in Baltimore, MarylandOld Line Spirits. Baltimore, Maryland, is a bona fide food lovers destination in the Mid-Atlantic region, thanks to its proximity to the Chesapeake Bay. Charm City's most beloved, iconic food is undoubtedly the blue crab. Many people travel far and wide to indulge in the quintessential Maryland favorite. Baltimore's exciting food and drink scenes extend far beyond the conventional crustacean, though. Treat yourself! If Baltimore is high on your food travel bucket list, consider this invigorating itinerary for a weekend getaway filled with gustatory gratification and quixotic quaffing.

Dolce Italian to Open at the W Philadelphia in Center City

Dolce Italian by LDV Hospitality will open to the public at 1439 Chestnut Street, on the ground floor of the new W Hotel Philadelphia, on Tuesday, September 7, 2021. The restaurant will offer elevated yet approachable Italian cuisine in Center City. Dolce Italian is the hospitality group’s second restaurant concept to hit Philadelphia; the other is Scarpetta.

Izakaya by Yanaga Set to Open in Fishtown

Five Guys is Setting Up Shop in University City this Fall

Five Guys will be serving its popular burgers, fries, and shakes in its newest Philadelphia location at 3714 Spruce Street, anticipated to open in late Fall of 2021, announced Penn’s Division of Facilities & Real Estate Services. The new University City spot – a 2,296 square foot space – will be Five Guys’ fourth store in the city.