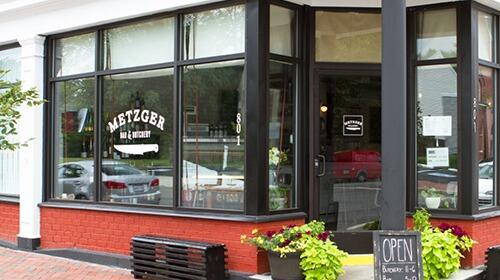 A Richmond, Virginia restaurant refused to host a private event for a conservative Christian organization because of the group's position on same-sex marriage and abortion rights.

Metzger Bar and Butchery, located at 801 N 23rd Street, is known as an inclusive establishment that has rarely refused service to anyone. However, the restaurant denied service to a conservative group for a particular reason: to protect its staff consisting mostly of women and members of the LGBTQ+ community.

"Recently we refused service to a group that had booked an event with us after the owners of Metzger found out it was a group of donors to a political organization that seeks to deprive women and LGBTQ+ persons of their basic human rights in Virginia."

"We have always refused service to anyone for making our staff uncomfortable or unsafe and this was the driving force behind our decision. All of our staff are people with rights who deserve dignity and a safe work environment."

The restaurant included a photo of a cocktail named "Cracks in the Foundation" and said it would donate all proceeds to Equality Virginia, an organization that advocates for LGBTQ equality.

Reaction from the Christian group

The president of the Christian group, The Family Foundation, authored a blog post after the episode last week entitled We've Been Canceled! Again.

"Have you ever been denied a meal because of your beliefs? Last night, our team and supporters got that firsthand experience when Metzger's Bar and Butchery in Richmond, VA refused to service our pre-reserved event, leaving us scrambling just moments before."

Cobb said the group had a reservation, but one of the restaurant's owners called her to cancel the reservation about an hour and a half before the event was scheduled to begin. She compared the experience to "the 1950s and early 60s when people were denied food service because of their race."

She then requested monetary donations from concerned citizens.

"Will you consider a donation today to support our efforts to ensure that no Virginian will ever have to worry about being refused a simple meal because of his or her religious beliefs?"

'Dr. Phil' talk show is coming to an end after 21 seasons

The daytime talk show, Dr. Phil, hosted by Phil McGraw, will air its final episode at the end of the 2022-23 season. McGraw announced Tuesday, January 31, 2023, that the current season of his talk show will be its last. After 21 seasons, he is moving on from daytime television.

A 6-year-old boy ordered almost $1,000 worth of food from Grubhub

Grubhub was very busy with numerous orders around 9 p.m. Saturday, January 28, 2023. All the orders went to the same address. There were so many orders that the delivery drivers were arriving at the same time and bumping into each other. The doorbell kept ringing seconds apart as a father watched the bags of food being dropped off on his porch.

Women's soccerPhoto byJeffrey F LinonUnsplash. Current Virginia High School League (VHSL) regulations were enacted in 2014. Under those guidelines, 28 transgender students have applied and 25 have been granted the right to play on teams aligning with their gender identities.

George Santos steps down from his two committees, but says, 'I won't resign from Congress'

A day after a private meeting with House Speaker Kevin McCarthy, Republican Rep. George Santos of New York told GOP colleagues Tuesday, January 31 that he is temporarily stepping down from his two congressional committees. That move comes amid a host of ethics issues.

Virginia senators passed two gun control bills that impose new restrictions on guns. However, the bill will have to make it through the Republican-led House of Delegates. Virginia Senate voted 22-17 along party lines to ban the sale of so-called ghost guns, homemade firearms without serial numbers typically assembled using 3D printers.

Five Richmond Public Schools are proposed to be closed because of the budget. On Wednesday, February 1, 2023, Richmond School Board Member Jonathan Young plans to introduce a school consolidation plan during the school board’s budget work session. He says closing five schools would save about $5 million.

Increased deer population is a problem in Virginia

The deer population has increased in Virginia in recent years. It is not unusual to see deer in yards and walking across streets in front of traffic. Many complaints have been received statewide. However, nothing has been successful in decreasing the growing population.