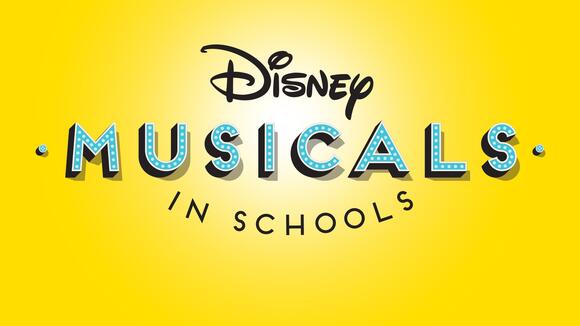 Desirée Roots, artistic director for the community for Virginia Repertory Theatre, announced at the Perkinson Center for the Arts and Education in Chester, Virginia on Tuesday, November 29, 2022, that the organization has been awarded a grant from Disney to bring Disney Musicals in Schools, a program which aims to create "sustainable theater programs in under-resourced elementary schools."

This honor is the first time the program is being hosted in Virginia. Disney, Virginia Repertory Theatre, and Chesterfield County Public Schools are coming together for Disney Musicals in Schools to help launch the dream of hundreds of Chesterfield County students.

The four Chesterfield schools selected for the program include:

Chesterfield school representatives and county officials were on hand for the recent announcement and most of them shared their excitement about the grant.

“This opportunity I think will give our students, as well as our community, the chance to see that it doesn’t matter where you come from — your dreams can be achieved if you continue to work hard and to dream them.”

“We are just bursting to get back to school and just celebrate with (the students) and be ready to start this amazing program."

“Our kids are so creative; they just love performing, and they haven’t had the chance to perform like they deserve. It’s just going to be so great for them.”

What's involved in the program

Disney awarded the Virginia Repertory Theatre a $120,000 grant to bring the program to Chesterfield. The Cameron Foundation and the Nunnally Foundation also contributed funding. Teachers and other team members will receive $1,600 stipends for their work. Students in grades three through five will be involved in the production of the musicals at no cost.

The schools will begin a 17-week musical theater residency in January under the instruction of Disney-trained Virginia Repertory teaching artists. The plan for the 2023-24 school year is to continue with the original four schools and add four new schools to the program

About Disney Musicals in Schools

Disney Musicals in Schools was created in 2010 as a way to provide underserved public elementary schools access to the arts. Disney invited Virginia Repertory Theatre to be the 46th partner of the Disney Theatrical Group in 2019. It received the grant in 2020, but the big announcement and beginning of the program were delayed because of COVID-19.

Phil Whiteway, managing director at Virginia Repertory Theatre, said it was a dance between the school systems, the artists, and the teaching artists to find a comfort level and get the program rolling again.

Responsibilities of the selected schools

Each school will choose a show to perform from a list that includes 101 Dalmatians, Aladdin, The Aristocats, Frozen, The Jungle Book, The Lion King, and Winnie the Pooh.

In addition to their respective school performances, the musicals will also be performed at Student Share Celebrations, one at the Perkinson Center and another at the Virginia Repertory Theatre’s new Center for Arts and Education at the former Scottish Rite Temple.

“I think this is a great opportunity for our community to grow stronger together. It matches our motto of ‘work hard, be kind, inspire dreams,’ so we’re excited.”