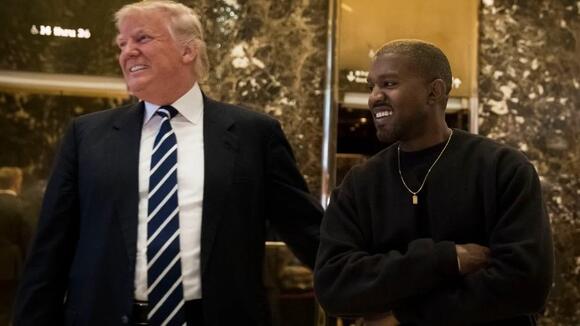 Rapper Kanye West has announced that he is going to run for president again. He unsuccessfully ran for the White House in 2020. BBC reported that he accumulated 60,000 votes in the 2020 presidential election.

He made the official announcement with a logo on Twitter on Friday night, November 25, 2022, after he had met with former President Donald Trump on Tuesday, November 22. During the meeting, Kanye asked Trump to be his running mate in 2024. It was a week and a half after Trump announced his own run for president again in 2024.

Trump hosted a dinner at Mar-A-Lago that was attended by both Kanye West and White nationalist and Holocaust denier Nick Fuentes, whom Trump later claimed to not have known. Trump's team is trying to do damage control because of Fuentes' visit without Trump knowing who he is.

"Kanye West very much wanted to visit Mar-a-Lago. Our dinner meeting was intended to be Kanye and me only, but he arrived with a guest whom I had never met and knew nothing about."

Later, West posted a video called “Mar-a-Lago Debrief,” suggesting the pair met up at Trump’s Florida estate. When he asked Trump to be his running mate, West said Trump began yelling at him.

“I came to him as someone who loves Trump, and I said, ‘Go and get Corey [Lewandowski] back. Go and get these people the media tried to cancel and told you to step away from.’ When Trump started basically screaming at me at the table telling me I was going to lose — I mean has that ever worked for anyone in history? I’m like hold on, hold on, hold on, Trump, you’re talking to Ye.”

West explained why he think Trump yelled at him.

“I think the thing that Trump was most perturbed about, me asking him to be my vice president. I think that was like lower on the list of things that caught him off-guard.”

On Friday, Trump posted his own take on their exchange at the Mar-A-Lago dinner to Truth Social saying:

"Ye, formerly known as Kanye West, was asking me for advice concerning some of his difficulties, in particular having to do with his business. We also discussed, to a lesser extent, politics, where I told him he should definitely not run for President, 'any voters you may have should vote for TRUMP.' Anyway, we got along great, he expressed no anti-Semitism, & I appreciated all of the nice things he said about me on 'Tucker Carlson.' Why wouldn't I agree to meet? Also, I didn't know Nick Fuentes.

For the next two years, there will be more news about Donald Trump and Kanye West who have both announced they are running for president.