Pastor refuses to baptize baby because her parents aren't married 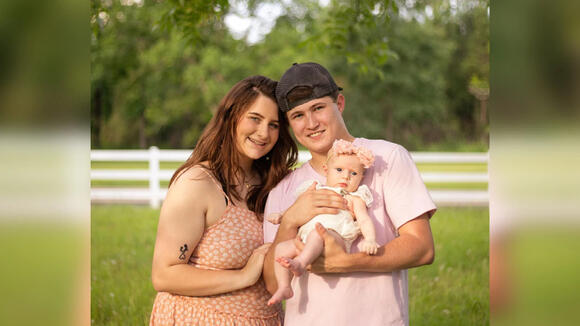 Kamri Mclendon and Tristan Mcphail, young unmarried parents in Mississippi wanted their daughter, Presleigh, to be baptized at their church. The pastor, Rev. Dewayne Warren of Hickory Grove United Methodist Church, initially agreed to baptize the baby. Then he refused. 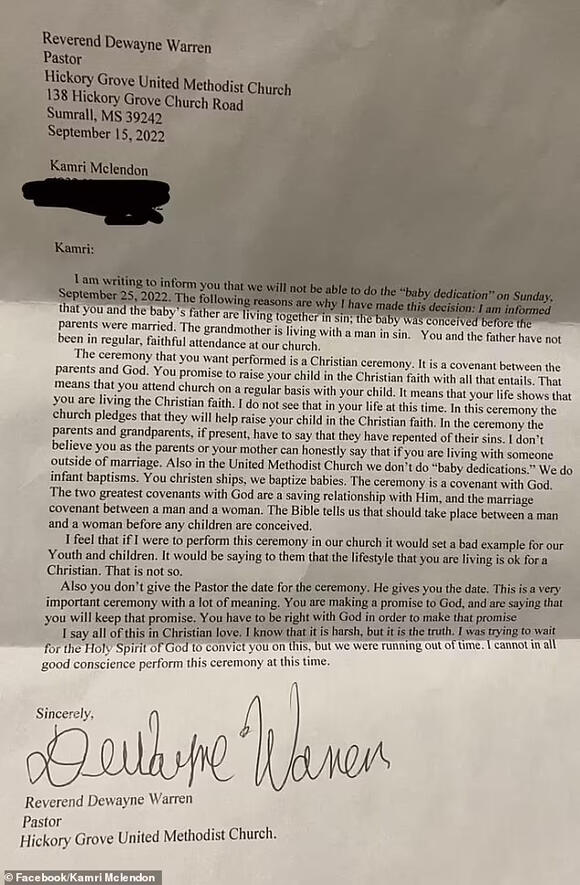 Kamri shared the long letter on Facebook that Rev. Dewayne Warren wrote. He said he would not perform the sacred ceremony because the baby's parents are not married, and their baby was born out of wedlock. He said Mclendon and the baby's father were living together "in sin." He also pointed out that Mclendon's mother is also not married, but she is living with a man. The pastor said the parents of the baby are not regular in attendance at the church.

Pastor Warren's letter also stated that if performed the infant baptism, it would set a bad example for the youth and children of the church.

Kamri is 18 years old. She has been dating Tristan for two years. Their daughter was born in May of this year. Kamri has been attending Hickory Grove United Methodist Church in Sumrall, Mississippi since she was a child and wanted her own child to be baptized there.  Kamri admitted they had missed some church services recently because of their schedule with the new baby.

She added that she felt shamed by the church she grew up in and wrote:

"Instances like this are why young people are scared to go to church. We are aware we sinned, but us repenting for that is between us and the Lord, not to be shamed by a church. When people ask why there are no young people in these churches this is why."

"I will be the first to admit that yes I have sinned and have done wrong in my life. How did me trying to dedicate my daughter to Jesus turn into us being shamed for being young parents and unmarried?"

Mclendon and her boyfriend told WLBT that they were shocked by the letter after they were initially told that Rev. Warren would perform the baptism for their daughter. The planned event was announced in church.

After Kamri shared the pastor's letter on Facebook and talked to the media, she wrote to a district superintendent for the Methodist church who spoke with the pastor and the situation has been rectified. Even so, Kamri said the pastor's words in the letter still hurt and her heart is breaking.