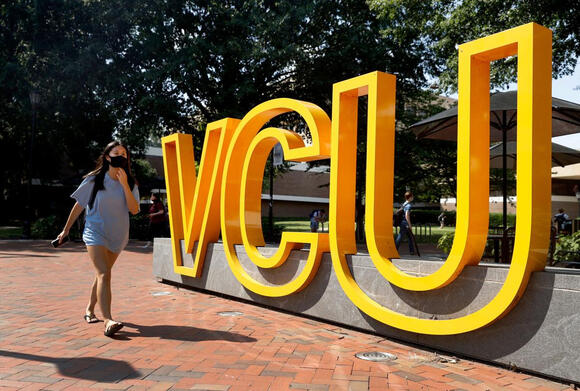 Fewer students are choosing VCU as their university for numerous reasons:

Colleges outside Virginia are courting high school graduates in Virginia, and they are succeeding. VCU's biggest out-of-state competitors include North Carolina State and the University of Alabama.

Todd Haymore, a member of the board of visitors, says:

"It is real, and it is shocking how hard schools in other states pursue Virginia high schoolers."

The pandemic forced many low-income families to rethink whether to send their children to college or into the workforce. Employers are offering better entry-level salaries. Therefore some high school graduates are choosing to immediately enter the workforce to make money instead of paying for the high cost of college.

More than 20,000 VCU students live off campus. The average rent has soared 36% from what it was just one year ago, according to Rent.com. A one-bedroom apartment costs more than $1,500 per month.

Virginia Commonwealth University is trying to do something about the decline in student enrollment. The school wants to increase its number of out-of-state students. It also wants to keep more students already enrolled at VCU from leaving college without a degree.

The university is freezing the cost of tuition for its 20,000 in-state undergraduate students. That is because a week ago Virginia Governor Glenn Youngkin asked 10 state colleges to reverse their tuition increases. Out-of-state and graduate students will still pay a 3% increase.

Karol Kain Gray, the university’s chief financial officer, said the tuition freeze will last for only one year. The school plans to raise its tuition in the fall of 2023.

Kevin Johnson scheduled for execution on November 28, 2022.Photo byMissouri Department of Corrections via AP, File. Khorry Ramey is requesting permission from the federal court in Missouri to watch her father's execution by lethal injection. The 19-year-old teenager needs special permission to be there when her father is put to death because a Missouri law bars anyone under 21 from witnessing an execution.

Just days after the former president announced his third bid for office, former New Jersey Governor Chris Christie (R) urged the Republican Party to move on Donald Trump. The former New Jersey governor noted that he was the first candidate to drop out and endorse Trump in February 2016, after he had disappointing results in the early primary states. Then Christie said he was there with and for Trump even up until election night in 2020.

Former U.S. Attorney General William Barr said in an interview that aired Friday, November 18, 2022, on PBS that his former boss, Donald Trump, should “stand aside” and forego his campaign for another presidential term because he doesn’t have what it takes.

Elon Musk reinstated the Twitter accounts of comedian Kathy Griffin, academic Jordan Peterson, and the satirical website Babylon Bee on Friday, November 18, 2022. In the meantime, he conducted a poll to see if the people wanted former President Donald Trump back on the platform after he was banned following the January 6 attack on the Capitol Building in Washington, DC.

A North Carolina girl is afraid to return to school after being bullied. Because of her dark skin, she was told that she looked like "she stayed in the oven too long." When Dalaya Hooper, 11, told her mother, Dawnetta, about the racist remark, she also said she wanted to switch schools instead of going back to her regular school. The Daily Mail reports that Dawnetta used Facebook to raise awareness of racism and bullying at Riverwood Middle School by posting screenshots of her text messages.

Virginia Governor Glenn Youngkin said on Friday, November 18 that racism and slavery should be taught in Virginia schools. Youngkin ran for governor on a platform of fighting the racial indoctrination of students. He has promised that his administration would correct the mistakes and omissions that outraged parents in the past.