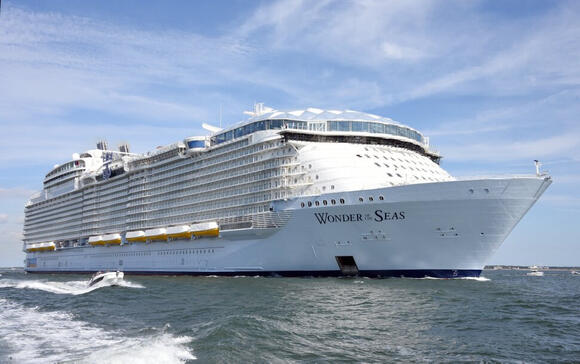 All cruise ships are required by law to carry a supply of body bags and have a morgue that will hold from three to six bodies. If a small morgue is full, then the crew will improvise and use a freezer until the ship gets to a place for the bodies to be disembarked. Most people don't realize that they will be traveling with a morgue when they book their cruise no matter which ship they choose.

Number of people who die onboard

It is estimated that at least 200 people per year die on cruises. According to a post on Reddit, a cruise ship worker claimed to see at least three deaths a month. Not only do some passengers die, but sometimes crew members die as well. The causes of the deaths vary. Older travelers sometimes die from natural causes. Other deaths are the result of heart attacks, strokes, overdoses, accidents, suicides, and falling overboard. Murders are rare, but they do happen by strangling, stabbing, or pushing someone overboard.

What Happens With Somebody Dies on a Cruise?

Bodies are stored in the onboard morgue for up to a week or until the ship docks at an appropriate port. Then the body will be flown home. If the cause of death is unknown or suspicious, the case will be investigated by local authorities.

If you plan to go on a cruise, make sure you and your companions get insurance. In case of death, the ship does not pay for flying the body back home and other added expenses.

Kevin Johnson scheduled for execution on November 28, 2022.Photo byMissouri Department of Corrections via AP, File. Khorry Ramey is requesting permission from the federal court in Missouri to watch her father's execution by lethal injection. The 19-year-old teenager needs special permission to be there when her father is put to death because a Missouri law bars anyone under 21 from witnessing an execution.

Just days after the former president announced his third bid for office, former New Jersey Governor Chris Christie (R) urged the Republican Party to move on Donald Trump. The former New Jersey governor noted that he was the first candidate to drop out and endorse Trump in February 2016, after he had disappointing results in the early primary states. Then Christie said he was there with and for Trump even up until election night in 2020.

Former U.S. Attorney General William Barr said in an interview that aired Friday, November 18, 2022, on PBS that his former boss, Donald Trump, should “stand aside” and forego his campaign for another presidential term because he doesn’t have what it takes.

Elon Musk reinstated the Twitter accounts of comedian Kathy Griffin, academic Jordan Peterson, and the satirical website Babylon Bee on Friday, November 18, 2022. In the meantime, he conducted a poll to see if the people wanted former President Donald Trump back on the platform after he was banned following the January 6 attack on the Capitol Building in Washington, DC.

A North Carolina girl is afraid to return to school after being bullied. Because of her dark skin, she was told that she looked like "she stayed in the oven too long." When Dalaya Hooper, 11, told her mother, Dawnetta, about the racist remark, she also said she wanted to switch schools instead of going back to her regular school. The Daily Mail reports that Dawnetta used Facebook to raise awareness of racism and bullying at Riverwood Middle School by posting screenshots of her text messages.

Virginia Governor Glenn Youngkin said on Friday, November 18 that racism and slavery should be taught in Virginia schools. Youngkin ran for governor on a platform of fighting the racial indoctrination of students. He has promised that his administration would correct the mistakes and omissions that outraged parents in the past.