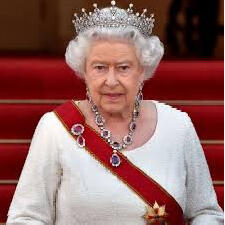 Queen Elizabeth II ruled the United Kingdom for seven decades. Many people do not know that she wasn't meant to become a queen and that her father was never meant to become a king. It is interesting how both of them inherited their positions.

When Elizabeth was born in 1926, her grandfather King George V was reigning. At the time of his death, Elizabeth was third in the line of succession, but her place was expected to slip as other royal children were born. No one expected her to become queen, and Elizabeth never thought about it or dreamed to have that position.

After her grandfather's death, his oldest son Edward VIII became king. He was on the throne for less than a year from January 20 to December 11, 1936. His reign was so short because he intended to marry Wallis Simpson, an American socialite who was in the middle of her second divorce. This was not something neither the government nor the Church of England at that time condoned. Therefore, King Edward VIII chose love for a woman over love for a country.

King Edward VIII said, "I have found it impossible to carry the heavy burden of responsibility and to discharge my duties as king as I would wish to do without the help and support of the woman I love." Edward made it clear that the "decision was his and his alone."

After King Edward VIII officially abdicated, the crown was passed to his brother, George VI, Elizabeth's father who never expected to become king. He had no sons. His only children were Queen Elizabeth and Princess Margaret.

On February 6, 1952, Princess Elizabeth was more than four thousand miles away, on a safari holiday in Kenya representing her ailing father when she received news that King George VI had died in his sleep. She had left London earlier as a princess, but she immediately returned as a queen. Her coronation took place 16 months later. Her reign lasted from February 6, 1952, at the age of 25 until her death on September 8, 2022, at the age of 96.

In the photo above, King Charles III is reaching with his left hand for his red box filled with important papers and documents. He has used the red box every day since he became king. The box has his royal cypher in gold. Queen Elizabeth II had her own red box with her royal cypher.

Tyler Perry's A Jazzman's Bluespremiered on Netflix on Friday, September 23, 2022. The 127-minute movie was written, directed, and produced by the talented filmmaker Tyler Perry. However, he is not one of the actors. The script for the movie was finished 27 years ago. In an interview with Sherri Shepherd on her new daytime talk show Sherri, Perry explained why he waited until now to launch the historical drama.

The oldest son of Queen Elizabeth became King Charles III following his mother's death on September 8, 2022. He is the oldest person in history to assume the British throne at the age of 73. He was the longest-serving heir in British history.

Sharon Osbourne says being fired from The Talk amid racism claims "destroyed my credibility in America." She also said she will probably never work again in the United States. Therefore, she and her husband Ozzy recently announced they are moving back to their native England from L.A., which has been their home base for 30 years. They will make a BBC reality show, Home to Roost, about their move back to the English countryside where they have kept a home.

Camilla Rosemary Shand, formerly known as Camilla Parker Bowles was born July 17, 1947. Following Queen Elizabeth II's death, there is no longer a British queen, but there is a queen consort. In the early years of Charles and Camilla’s marriage, it had been thought that Camilla would become princess consort upon the death of Queen Elizabeth. That changed in February 2022 when Queen Elizabeth issued a statement noting it was her “most sincere wish that, when the time comes, Camilla will be known as Queen Consort.” Queen Consort of the United Kingdom and other Commonwealth realms is the exact title that has been bestowed upon King Charles III's wife of 17 years.

Charles Philip Arthur George was born on November 14, 1948. He is now King Charles III of the United Kingdom and 14 other Commonwealth realms. He was the longest-serving heir in British history. At 73, he is the oldest person to ascend to the British throne. He was 9 years old when he was given the title Prince of Wales. He kept that title until September 8, 2022 following the death of his mother, Queen Elizabeth II. One of his first decisions was to keep his first name. Like popes, kings could change their names if they wanted to do so. He kept Charles because there were King Charles I and King Charles II.

Camilla Queen ConsortADRIAN DENNIS/AFP via Getty ImagesIt is not unusual for people to sometimes send a message by what they are wearing. Members of the royal family do it more often than other people. The late Queen Elizabeth II usually paid tribute and sent messages with her outfits and accessories. Her daughter-in-law Camilla, the Queen Consort is known to do the same. Even though Camilla sent messages many times, below are only five of those times.