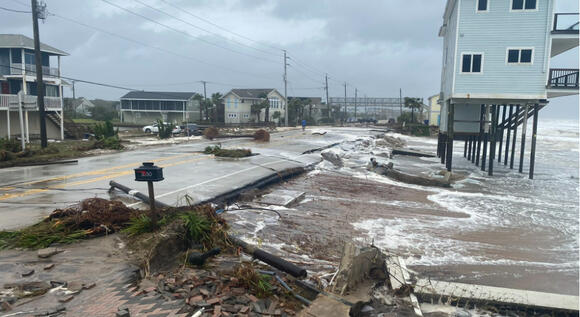 Governor Ron DeSantis announced in a press conference that the state of Florida was ready to respond to any post-storm needs, such as search and rescue teams, power companies, transportation crews, damage assessment crews, and of course, road repair crews.

Upon assessment, after the storm had passed, the roads in St. John's County were unpassable and in need of repair.

Governor Ron DeSantis followed through on his promise for post-storm needs.

On November 11th, Governor Ron DeSantis announced via Twitter that the emergency road repairs were finished. He claimed that under his direction, the road repairs took less than 8 hours to complete.

In a separate tweet, about 6 hours later, Governor Ron DeSantis announced that the majority of power had been restored:

Within 24 hours of Hurricane Nicole making landfall, 95% of customers who lost power have been restored. Thank you to the 22,000 linemen who stood ready and responded in record time.

Although Hurricane Nicole was only a Category 1 storm, it caused a lot of damage and downed power lines and Governor DeSantis has been overseeing the repairs.

Despite the fast response from the Florida governor, not everyone was happy or appreciative of his work. Many people responded with thanks and gratitude, however, some people targeted bitterness toward the governor.

One of the top Twitter comments on the governor's road repair tweet is targeted at another issue entirely.

What do you think of the Florida governor's response to Hurricane Nicole?