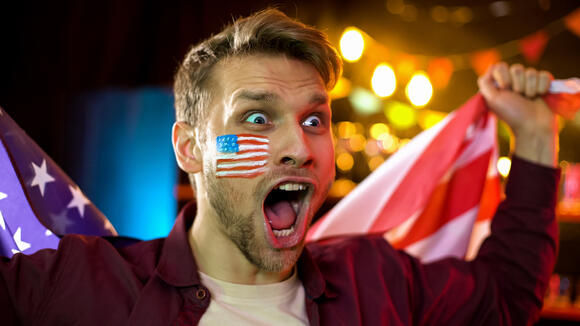 This article analyzes three cities in Florida that ranked higher on patriotism than most in the country. Do you live in one of these super patriotic hotspots?

It's only fair to let you know how the ranking system works upfront. Although Florida's not ranked high on patriotism, three cities make the cut above the rest. The cities are primarily ranked by 2 main factors. Those factors are:

So, without further adieu, let's take a look at three places in Florida where patriotism still reigns supreme.

The city ranked as the most patriotic in Florida is Crestview!

Crestview is a city in Florida. It is located in Okaloosa County and is the county seat. This county is in the Florida panhandle, not far from the water. Crestview has a veteran population of almost 25%!

There are lots of different activities to do here. If you're ever in the area, check out the:

The city ranked as the second most patriotic in Florida is Jacksonville.

Jacksonville is a large city in Florida. It is actually the most populous city in the sunshine state! It is located in Duval County and is the county seat. If you didn't know, this city is located on Florida's east coast, also right on the water. Jacksonville has a veteran population of about 9%, but considering how large the city is, that's a lot of veterans.

Jacksonville is a hotspot of different activities. If you're ever in this part of Florida, check out the:

The city ranked as the third most patriotic in Florida is Palm Bay.

Palm Bay is a city in Brevard County. It is the most populous city in that county. It is located on Florida's east coast, again right near the water (as the other two are). Palm Bay has a veteran population of about 8%.

If you ever visit this patriotic city, some things to check out are the:

Do you live in one of Florida's most patriotic cities? Or maybe you've been to one of them? I've been to Jacksonville before and can see why it would rank high on patriotism for Florida. What are your experiences? If you haven't been to one of these cities, then do you think your own city is patriotic? Let me know in the comments below.