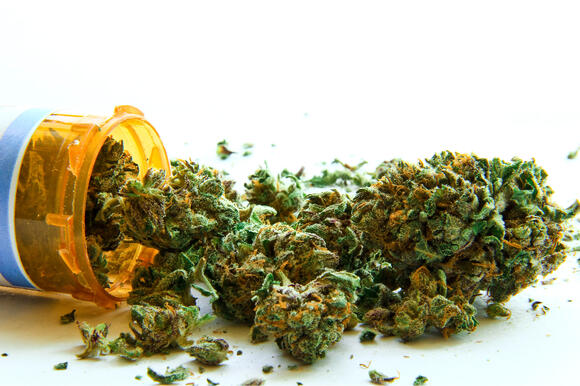 Will Nikki Fried's multiple ties to medical marijuana hurt her chances of snagging the title "Governor" from DeSantis? Many people seem to think it could, but others see her connections to the medical marijuana world as a plus.

This article reveals Nikki Fried's different connections to the marijuana industry and analyzes if they will help or hinder her in the 2022 race.

What are Nikki Fried's ties to the marijuana industry?

Okay, so let's jump right into her specific ties to the marijuana industry. There are four big ones. They are:

Obviously, it can be inferred that Nikki Fried is pro-cannabis. Let's delve a bit deeper into each of those connections, though, before we analyze if they will help or hurt her while she runs for governor.

Nikki Fried is a medical marijuana cardholder. In a video from April, she showed off her card to the camera. Her video was in response to the Republican-led legislature that had attempted to cap the THC in medical marijuana.

In her video, she discusses her card and the issue of the then-potential (and since failed) attempt at capping the THC.

"This is my medical marijuana card. It’s legal and a direct result of 71% of Floridians voting to allow medical marijuana, but you wouldn’t know that in Tallahassee. Five years after Floridians put it in our constitution, elected Republicans, so-called ‘constitution-loving’ Republicans, are still trying to undo our votes, including capping THC levels this year, blocking medication from patients that need it most.”

Nikki also has stocks in at least one marijuana-related company: Harvest Health and Recreation. This would imply some financial interest in their well-being. She obtained the stock when she helped the company get a license.

She also admitted to owning marijuana stock in an interview with the press, so it's no longer a secret.

“Yes I do have stocks in a company that I earned when I was in the private sector."

Nikki Fried worked as a lawyer and medical marijuana lobbyist at one point. She established a lobbying firm named "Ignite Florida." Her lobbying firm had two main clients:

Through the Department of Agriculture and Consumer Services, Nikki Fried also has a hemp business license. In case you don't know, hemp and marijuana are the same plant species.

According to Healthline, the main difference between the two is that hemp plants have less than 0.3 percent THC, whereas cannabis has 0.3 or more THC.

Will these different ties to cannabis hurt or help her in the 2022 race for governor?

Obviously, a lot of people look at Nikki Fried's ties to the marijuana industry in Florida and have mixed reactions. Some people report hating the idea that a potential future governor of Florida is pro-medical marijuana. Others think this is the change that Florida needs.

Considering that over 70% of Floridians voted for medical marijuana, her ties to cannabis may actually help her in the end. One Florida resident commented on the matter but asked to remain anonymous.

"I really like that Nikki Fried is pro-medical marijuana. It makes her seem more human than DeSantis, and more 'for the people'. She's relateable."