What Would You Do if a Teacher Told Your Daughter to "Choke Herself"? 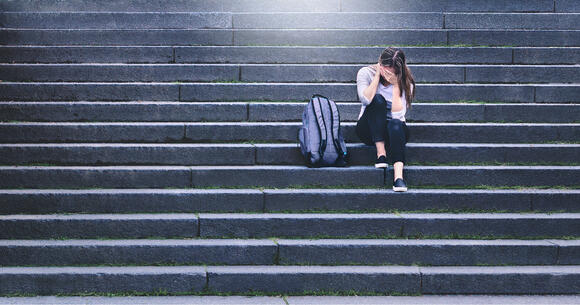 Parents have a lot to worry about as it is, without those in authority abusing their power and speaking to their children in inappropriate ways. A recent incident at a Florida high school left the parents horrified and livid.

This article discusses what we know so far about the incident at Lehigh Senior High School and the response from both the parents and the school.

According to the student, she was outside of the school while the JROTC instructor was having students run drills. The instructor allegedly looked at her and told her to "choke herself."

"He just looked at me and he put his hand out and told me 'Get my hand and choke yourself.'"

When she started to walk away, she claims that he shouted after her not to be scared. As if that has ever made anyone less afraid. Obviously, she was a little scared after that! The student called her step-dad and mom and told them what happened immediately.

Obviously, both her mom and her step-dad were upset and livid that an adult would speak to their daughter like that. According to the step-dad, the instructor called them back after he called to complain about the incident.

Apparently, the instructor said he was just joking around with the student.

The mom reported that she was still upset, which is understandable.

"That is inappropriate for a teacher to say to anybody."

Apparently, the school's solution was to see if the daughter wanted to switch classes so that she wouldn't be exposed to the teacher. Is that an acceptable response? Her mother thinks no.

"So basically you wanted to remove my daughter from the class as if she's the problem."

The school district released a paragraph statement about the specific incident. They said:

"The teacher has apologized to the student and the student’s mother for the comment. School administrators have on at least three occasions spoken to the mother about the incident but are prohibited from releasing discipline information until after the matter is closed. The final outcome will be placed in the teachers personnel file and available for review under a public records request."

So, let's break that down because that's a bit long.

It sounds as if they are not removing the instructor from the classroom, which is what the mother is currently advocating for.

Do you think he should be removed?

Do you think the instructor should be removed from the classroom? Or do you think he should be allowed to continue to teach students? He didn't deny the comment, after all, so this isn't a question of whether he said it or not.

The student's mother thinks he should be removed. Do you agree?