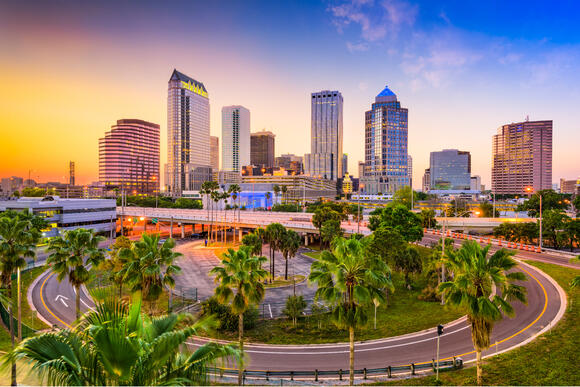 Tampa can be both beautiful and deadly, as any major city tends to be. However, there are three neighborhoods in Tampa that are ranked more dangerous than the others. Chances are, if you live near Tampa (or in Tampa), you've been to a few of these neighborhoods before.

This article analyzes Tampa's three most dangerous neighborhoods. Specifically, it looks at three key data points: their populations, violent crime percentages, and how much higher their violent crimes are compared to Tampa's average.

Historic Ybor is an interesting little part of Tampa. It has a lot of yummy Cuban and Latin restaurants (mostly along 7th Avenue), a mall, and lots of fun little bars and clubs. If you like the nightlife, then it's a great place to visit. However, it is also the most dangerous neighborhood in Tampa.

Historic Ybor is just northeast of Downtown Tampa, which comes in as the second most dangerous neighborhood.

Downtown is just southwest of Historic Ybor and comes in as the second most dangerous place to live in Tampa.

Despite its high crime rate, Downtown also has a lot of fun activities. Just be on alert, as it does have 577% more violent crimes than Tampa as a whole. One of the best parts of Downtown is the museums, specifically the Tampa Museum of Art. The Straz Center is another great attraction if the crime rate doesn't scare you off.

Drew Park in Tampa hosts the Raymond James Stadium and the George M. Steinbrenner Field. If you're a sports fan, you'll probably find yourself in Drew Park every once in a while. However, Drew Park is also considered a highly dangerous part of Tampa, given its crime rate. It is 420% higher than Tampa's average, with 2,104 violent crimes for every 100,000 people.

Have you been to these three Tampa neighborhoods? How was your experience?