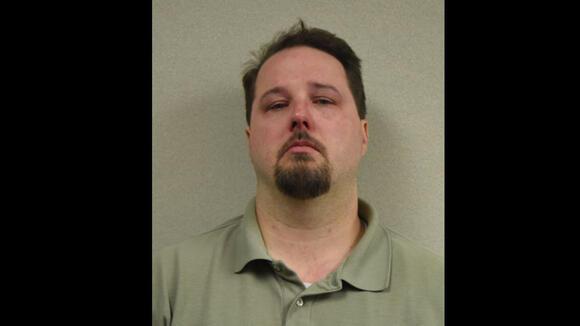 Have you ever had the feeling you're being watched? Creepy, right? Well, have you ever had that feeling while in a seemingly private bathroom? That's likely what the victims at Calvary Baptist Church felt before discovering a hidden camera in the church bathroom.

This article covers the disturbing, ongoing case in Escambia County, the details of what we know so far, and how we can protect our privacy from hidden cameras in our tech-savvy society.

A disturbing call from Calvary Baptist Church in Pensacola, Florida, led police straight to the doorstep of David Nims, a 37-year-old pastor at the church. However, David isn't just any pastor but is a youth pastor and works directly with the kids at the church.

The call went to the Escambia County Police when someone found a hidden camera nestled into the church bathroom. The camera was found on Sunday, June 6th.

After the camera was taken down and studied by the police, they were led to David, even getting a search warrant for his property on Monday, June 7th. When they searched his property, they did not disclose what they found. However, David was arrested.

The police station commented on these events in a statement.

"Investigators assigned to the ECSO Special Victims Unit immediately began an investigation and identified [Nims] as the suspect."

Right now, David Nims is charged with a 2nd-degree felony: video voyeurism by someone 18 or older, who is also responsible for children under 16.

David was released from jail later on Monday, and the investigation is still ongoing. The case is not closed just yet, but more updates are sure to come out.

How can we protect our privacy when hidden cameras exist?

This is definitely a scary case, and it does raise the question, how can we protect ourselves from hidden cameras in today's society? According to Safety.com, there are some things we can be on the lookout for:

1. Know what modern "spy cameras" look like: They can be very small and are usually wireless. Often, spy cameras or hidden cameras are disguised to look like everyday objects like stuffed animals, smoke detectors, and even shower products.

2. Keep a lookout for anything unusual before using facilities: When you use a public bathroom or changing area, keep your eyes peeled for anything attached to the walls or high up (where most people don't think to look). If anything looks suspicious, report it to the police.

3. You can invest in a handheld, hidden camera detector: If you are feeling especially cautious, this may be a good option for you. Handheld spy camera detectors pick up on signals that many hidden cameras would give off, alerting you if there are any in the vicinity.

In today's high-tech world, hidden cameras can be scary. Be vigilant and safe!