Do You Think Hazards Should Be Allowed While Driving? New Florida Law Says Yes 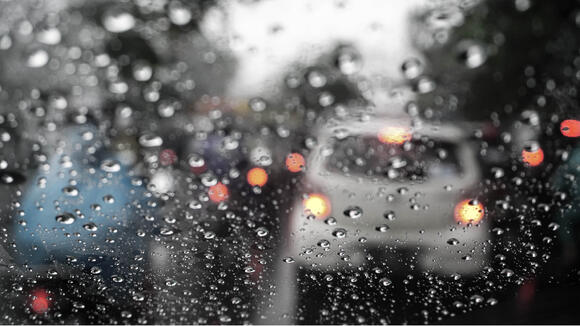 Have you ever seen someone driving in the rain with their hazards and silently passed judgment on them? You're not the only one. The general purpose of hazard lights is to signal a dangerous situation or a vehicle that's stuck on the roadside. However, a new Florida law has changed.

This article explores the changes to the Florida driving law regarding hazards and looks at what the critics are saying.

The New Florida Law and Its Impact

Currently, the law in Florida is that you're not allowed to use your flashing hazards while driving. Of course, you may have noticed that many people choose not to follow that law.

On a 38-page transportation bill that was passed last month, there's a tiny section, just two lines really, that change the law regarding flashing hazard lights: On July 1st, drivers can flip on their hazards in "low visibility" conditions when roads have speeds marked 55 mph or higher. 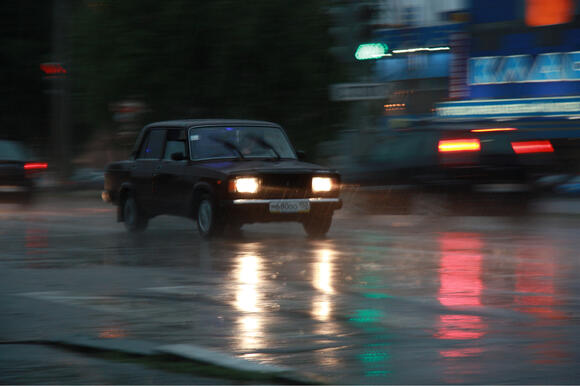 The only way that this won't go into effect on July 1s is if Governor DeSantis vetos it.

The Florida Department of Highway Safety was big on telling drivers the dangers of activating their hazards while driving. They would constantly tell the state not to do so, even on their social media page. One tweet from a few years ago says,

“If driving in rain is too dangerous, pull off the road." 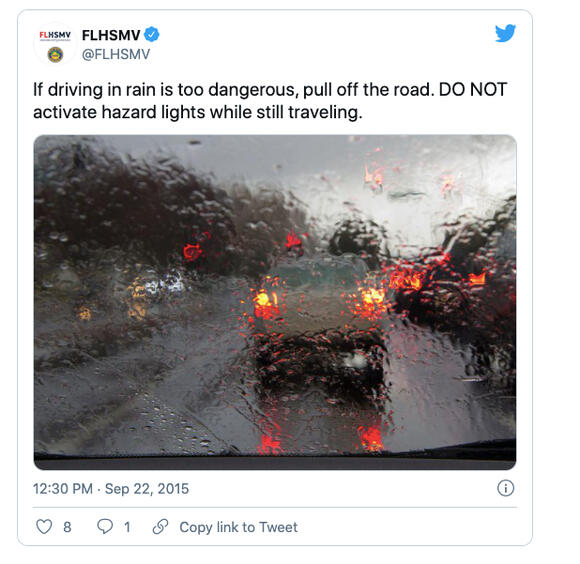 There are several reasons activating your flashing hazards while driving is not safe. According to the Florida Highway Patrol, turning on your hazards comes with these dangers:

Despite these reasons, the law has changed to follow many other states. Florida was part of only a small group of states with the anti-hazard light law in effect.

What Critics Are Saying

Some people are for the new law. The people for the law include Florida Sen. Ed Hooper. He said he wanted the law changed in order to better protect drivers when pulling over during a bad storm isn't an option or seems just as hazardous.

“I will admit I’ve done it more than once. I turn those lights on just so I don’t get rear-ended.”

However, many people are against the law as well. One such opponent of the new driving law is Florida Rep. Matt Willhite. He thinks that instead of changing the law to suit drivers' behavior, the state should be enforcing it more strictly.

“It just seems silly that we’re legitimizing or legalizing what’s against the law currently just because people get nervous driving."

Representative Willhite is also a firefighter. As he works in emergency services, he knows that most first responders and workers know that a hazard light flashing means there is currently a situation that is dangerous or needs attention.

Given the change of law, Rep. Willhite has commented...

“Maybe we shouldn’t call them ‘hazard lights. We can rename them, ‘I’m a scared driver, I don’t want to follow the law.’”

Again, this change is happening soon. The new law goes into effect on July 1st, but what do you think about it?

Have you ever used your hazard lights in the rain or low visibility conditions before? Do you think the Florida law should change (as it is) to allow drivers to use their hazards in such conditions? Or do you agree with Rep. Willhite that they should have instead enforced the law as it was?