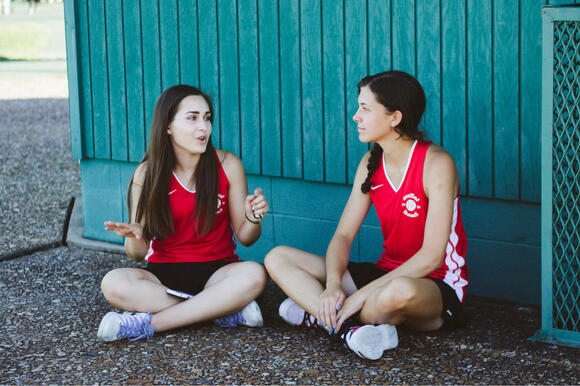 A Florida high school is currently under fire from parents, students, and even employees for editing 80 yearbook pictures of their female students. The reason for the edits appears to be modesty as the crappy editing job was done to cover exposed skin on the shoulders and chest of female high schoolers.

When high schoolers picked up their pricey yearbooks, they were shocked to see the edits, which look like a bad photoshop job. This article explores how the school, parents, and students have responded to the issue.

A Recent Past of Dress Code Tension at the School

The outrage over the edited yearbook photos is not the first time that Bartram Trail High School had an issue with the dress code. Just a few months ago, in March, many girls came forward saying they were taken out of class and sent to the office for dress code violations. Once in the dean's office, they were given two choices:

Especially considering the fact that almost all of the young men out of dress code were simply given warnings. The dress code is clearly based on the sexualization of young women and their clothing, especially since many girls are told they are dressed inappropriately or that what they are wearing may be “distracting” to the boys.

According to data from the St. Johns County School District, dress code violations (recorded ones, anyway) have tripled this past school year. Furthermore, nearly 80% of the violations are for female students.

What the School Had to Say About the Yearbook Photo Edits

Anne Irwin, an employee at Bartram Trail High School, was responsible for the final changes of the yearbook photos. According to the district, the edits were made in accordance with the dress code. A district spokesperson told news sources:

The school also claimed that in the past their policy was to remove photos of students that were in violation of the dress code. So they defended their actions by saying that the edits were made to include all students within the yearbook.

What Students Had to Say About the Yearbook Photo Edits

Many students and parents were stunned when they saw the edits to the yearbook photos. One freshman student at the high school who had her photo edited said that she had never even realized she was in violation of the dress code, as no one had approached her that day about her outfit and it had even been cleared by the office as she got her portrait taken in it.

When she saw her edited photo in the yearbook, she was confused and uncomfortable.

“It made me feel a little uncomfortable that that’s what they noticed when they looked at our pictures."

"I think it sends the message that our girls should be ashamed of their growing bodies, and I think that's a horrible message to send out to these young girls that are going through these changes."

What do you think about the yearbook edits?

The school did say they would refund the $100 yearbooks if they were returned. However, many parents and students are still concerned about the message this is sending to all students. Some people are in support of the edits, obviously, but many are outraged by them.

What do you think about the yearbook edits? Does it send out a bad message for young girls? Or do you think the school should be able to alter photos to fit the dress code?