This Creepy Playground in Orlando Used to Be a Mental Hospital 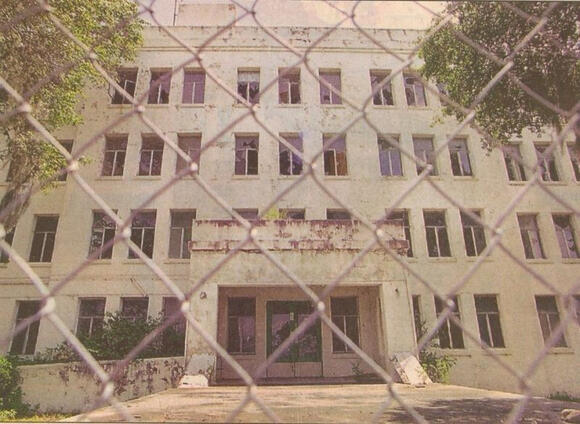 Just a few miles outside of Orlando is an ordinary playground...at least, in the daytime. Really, the playground is all that is left of the Sunland Mental Hospital that had once occupied the area. In the sunlight, all seems normal. However, after dark, those brave enough to venture there have come back with stories to tell.

This article looks at the Sunland Hospital's eerie past and explores how you can find the playground if you wish to take a peek yourself.

In the 1950s, the Orlando Sunland Mental Hospital went by a different name: W.T. Edwards Tuberculosis Hospitals. The hospital was a place for tuberculosis patients to isolate and receive treatment. However, in the 1960s, as better medicine and antibiotics became available, the hospital was no longer as necessary as before. 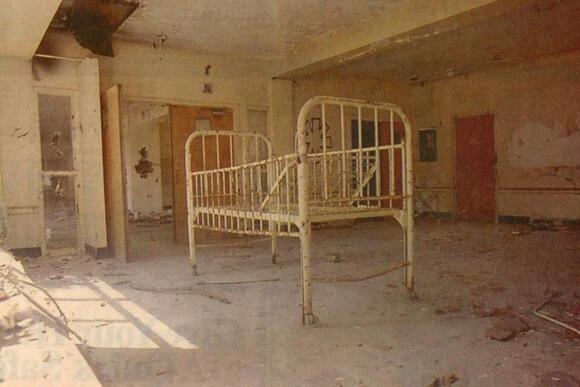 Therefore, it was converted into Sunland Mental Hospital or the Sunland "Training Center." Sound spooky? It is. It was a place to keep adults and children who were disabled, whether that be mentally or simply physically. However, it was notorious for being in horrible conditions, unsanitary, and the staff would abuse (and some say even downright torture) the patients for their own pleasure.

It wasn't until the 1970s that the abuse started to become more widely known. Finally, an organization named the Association of Retarded Citizens filed against the hospital and it was closed down in the 1980s. After that, the building was neglected and fell into ruins. After it was demolished, not much was left standing, so the city build a playground right where a part of the building had once stood. 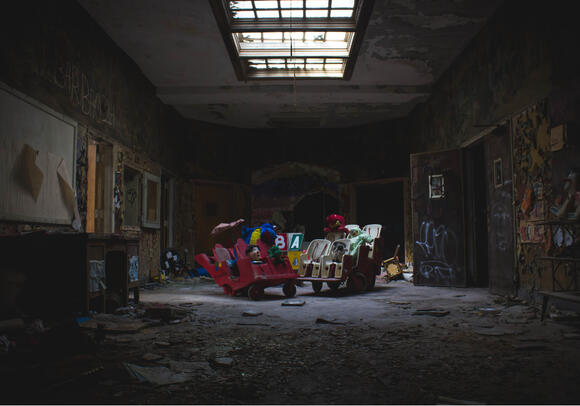 Since the playground was built, many people from both the city and just traveling through had reported haunting findings. Although the activity is most severe at night, there have been reports that during the day, you can hear children laughing when the park is vacant.

At night, nearby residents have reported lights coming from the park. In addition, the swings are said to move on their own, as if the ghosts of the children from the mental hospital are sitting on them. Not too scared? Then let's take a look at how you can find the playground.

Want to schedule a play date with a ghost? How to find it...

The playground is located at 2100 All Childrens Way, Orlando, FL 32818. (Creepy address, considering, right?) It's a few miles outside of the downtown area of Orlando, Florida. If you're a more visual person, here's an image of where it's located on the map. It's right next to the "Former Sunland Hospital Administration Building." 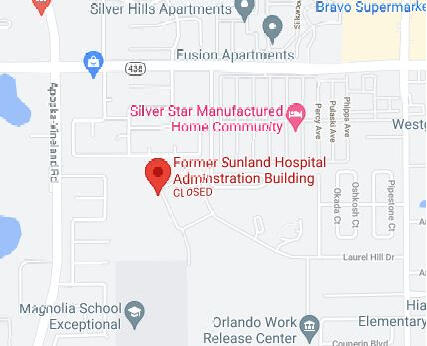 Playground Location in OrlandoScreenshot by Author on Google Maps

After you check it out, let me know what ghosts you found! It's definitely an eerie place to visit and a hidden gem for ghost hunters.