A Tampa Bay couple sent out beautiful wedding invites to family and friends, boasting that the venue was their "dream home." That dream home was a mansion equipped with a bowling alley, pool, movie theater, hot tub, and huge bar for their cocktail hour. Unfortunately, they didn't get permission from the mansion's owner before showing up on his property to set up the wedding.

This article takes a look at the odd events leading up to the Tampa couple's wedding day and what happened afterward.

When Nathan Finkel put his 5 million dollar estate up for sale, he knew it might be hard to sell. What he didn't know was that a man who posed as a potential buyer was actually looking for a wedding venue close to Tampa. 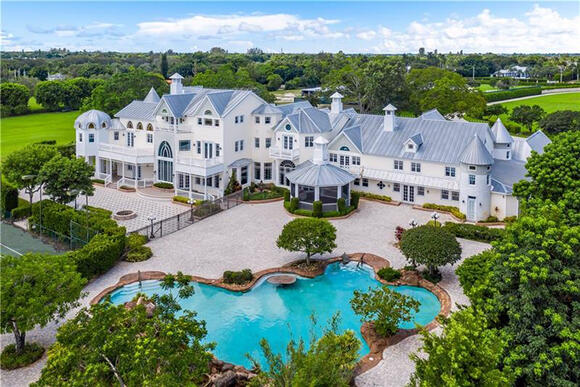 Courtney Wilson and Shenita Jones loved the look and extravagance of Finkel's mansion. Wilson posed as a buyer and went to tour the estate just a few months ago. Shortly after that, he contacted Finkel and asked for permission to have his wedding in the man's backyard.

Finkel said no and didn't think much of it. Little did Finkel know that Wilson decided to hold the wedding there anyway and sent out a ton of invites to family and friends with the venue listed as Finkel's mansion! Fast forward several months to April 17th, a Saturday.

On April 17th, Wilson showed up at the locked gates of Finkel's mansion. When the Tampa man was unable to simply get in and set up the wedding, he contacted the house. According to Finkel's attorney, Keith Poliakoff, Wilson hadn't expected anyone to be home. The attorney believes that Wilson thought that the house was vacant, and was, therefore, able to take advantage of that and host the wedding there with Finkel none the wiser.

When that plan failed, he begged Finkel from the gates to let him in. After all, he had invited all his guests already and they were on their way for the Saturday afternoon wedding for the Tampa couple.

According to Finkel, Wilson claimed that it was God's plan that they have their wedding on his property. When Finkel called the police, he told them,

They say they’re having a wedding here and it’s God’s message. I don’t know what’s going on. All I want is (for) it to stop.

The police arrived and made Wilson and the other wedding-goers leave the premises. Finkel didn't press charges, despite the crazy experience.

When Wilson was asked to comment on the events, he refused. Needless to say, the Tampa couple was not married on Saturday.