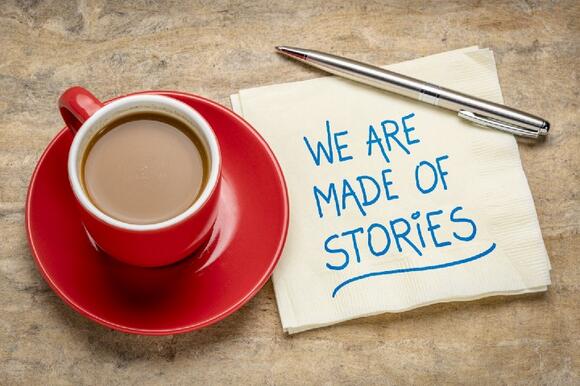 15,000 words into the challenge, the idea for the 30k word book in the title came to me. After plotting it out from start to finish, I ditched the NaNoWriMo project and committed to the novella, which I did finish and publish.

The reason I switched from my original NaNoWriMo book to the novella was because of the plotting.

My NaNoWriMo novel was loosely plotted with flimsy characters. We’re talking cardboard, people. My novella had flawed beautiful characters with a rich storyline from start to finish.

So which do you think will be easier to write? Obviously the plotted story.

That’s not to say that you can’t “pants” it (make things up as you go), but having a basic plot (and plot points) to hit is crucial to not losing momentum during the writing process.

While writing the novella, my characters went a bit off their given path and an entire new character popped into existence during a scene. That new character was a beta reader favorite.

Your plot isn’t a jail cell. It’s more of a road sign pointing you in the right direction.

The fact that I wanted to finish during November for NaNoWriMo pushed me harder to sit down and get it done. Without that deadline, I’d still be writing the damn thing. But don’t just set a giant deadline for the end of the project. Set up little ones too.

For instance, I did a lot of writing sprints. I already knew where the story was going so I sat down and just wrote for short periods of time. Typically, I did 30 minutes which produced an average of 1,000 words.

The goal can seem like a lot until you really take a look at the time and energy you need to supply.

Adjust when you mess up.

I did not hit my goal each day. One day I only wrote 3,000 words. I could have quit or got overwhelmed. Instead, I crunched the numbers. I divided those 3,000 among the remaining days and I hit the keyboard the next day.

A lot of people give up instead of adjusting when they mess up. This happens famously in diets.

“I ate that cookie, so let’s eat two pizzas and an ice cream cake because I’m already a failure.” — Me

But that is a flawed mentality. You only fail when you give up on your goals.

We’re all human. No one’s perfect. So when you do screw up, because you will (it’s inevitable, sorry), then take a deep breath, recognize you messed up, reiterate your goals, and then work towards them.

The internet and cell phones are the worst distractions for writers. Get. Rid. Of. Them.

The best advice I can give anyone who wants to write fast isn’t to practice typing. It’s to get rid of the distractions. This is why writing sprints worked so well for me. I put my cell phone and laptop aside and wrote.

The best tool for this was an Alphasmart.

I thought I would hate not being able to see what I had just written but what I just wrote is also a distraction. This beast of a device lets you type right on it and then export the text to your computer later.

It’s genius, and it’s the main reason that I was able to sit down distraction-free and write.

Say no to favors.

This tip seems a bit rude, I’ll admit that.

However, when you’re trying to write a book in 5 days, you need to stay focused and say no to favors within that timeframe. You need to focus as if it were your job.

People will always ask for favors and most of them are not emergencies or even urgent. Most of them (“Can you cook dinner tonight?”) are easily avoided.

As you near your goal, you’ll quickly realize how much there is to do if you haven’t put any thought into it prior.

If you’re self-publishing like I did, there’s a seemingly never-ending list of “to-do” items if you want to be successful.

It’s going to depend based on whether you’re aiming for traditional or self-publishing.

Either way, you’re going to need edits done. So, come up with a plan to edit the work and perhaps get a few other eyes on it. You’d be surprised by how many people will beta read for you and provide genuinely helpful feedback.

Personally, I used a combination of beta readers and software like Grammarly and AutoCrit.

The key is to still set deadlines.

My lifelong dream has always been to write and publish a book.

In retrospect, my dream of being a published author was small and achievable.

You can do it, too. In fact, nothing is stopping you but yourself. So the final tip is to dream bigger. Now, I’m on to bigger dreams myself.

Next stop: one new novella every month. I’ll let you know how it goes.