A Christmas Witch Hunt: The Murder of Kristy Bamu 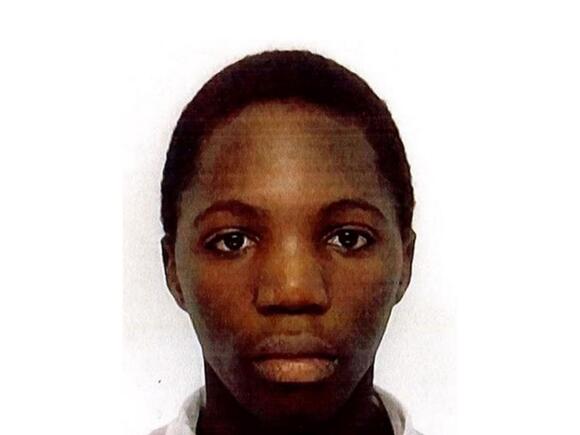 In December of 2010, Kristy Bamu and his two sisters were tortured by their older sister and her boyfriend, Eric Bikubi. On Christmas Day, Kristy was murdered during a home exorcism.

A Scotland Yard deputy commented on the case, saying that ritualistic abuse and crimes were sadly “under-reported” despite their increased frequency in recent years.

A Past of Paranoia

One of the murderers, Eric Bikubi was a 28-year old football coach with paranoid superstitions about kindoki, meaning witchcraft.

In the past, he accused others of witchcraft too, including a 19-year-old woman, Naomi Ilonga, who had stayed with him and Magalie Bamu years before Kristy’s murder.

In 2008, Eric accused Naomi of witchcraft because she would bite her nails during her three-month stay with the couple. At the end of her stay, for three days he deprived Naomi of food and forced her to sit and pray with Magalie.

After, he made her cut her long hair short to release the kindoki from her.

Thankfully, Naomi was able to escape further abuse by calling her mom. Kristy Bamu was not as lucky.

During the holiday festivities, Eric accused three of the siblings of bringing witchcraft into their home and convinced Magalie that her siblings needed to repent and undergo a spiritual cleansing.

Eric beat them with hammers, bottles, metal bars, and even stabbed them with knives. Furthermore, he forced the children to beat each other.

Magalie did nothing to stop the abuse, instead, she joined in as well.

The younger sisters confessed to practicing witchcraft to avoid the attacks, and Kristy refused to confess until the beatings had escalated. Once he confessed, Kristy wet his pants, which according to those who believe in kindoki is a sign of possession.

The confession coupled with the wetting sent Eric over the edge as he believed Kristy enchanted the other siblings and was solely responsible for bringing the witchcraft to his home.

During the later trial, Kelly Bamu, one of the victims, said that Magalie and Eric were “obsessed” with witchcraft and fears of it. She claimed that it was as if “they decided we had come there to kill them.”

When they got on the phone with Pierre, Magalie spoke first. She told her father that he had to come to pick up her five siblings because they were witches.

Eric then spoke with Pierre as well, saying the same thing, along with a chilling threat. Eric told Pierre to pick up the kids and, “If you don’t, I’m going to kill him,” regarding Kristy.

Kristy then got on the phone, telling his father in a calm voice that Eric would kill him if he didn’t pick him up.

Pierre hurried to call car rental establishments near him. The drive from Paris to London would be six hours long, however since it was Christmas Day, many places were closed.

Pierre claimed to have been in a state of disbelief. He had never seen a violent side to Eric before and despite the threats, decided to wait until Monday to pick up the kids since he did not believe Eric would actually harm them.

This call was from Kelly, his 20-year-old daughter. She called him from the hospital to inform him that Kristy had been drowned in the bathtub and was dead.

After Kristy was murdered, Magalie and Eric called emergency services and were immediately arrested once the police found the horrors within the home.

Both Magalie and Eric were charged with two counts of bodily harm and the murder of Kristy Bamu. The trial lasted eight weeks.

During the trial, Eric never denied killing Kristy. However, his defense made the argument that he had brain damage and that he truly believed Kristy to be a witch.

The defense for Eric and Magalie made the following claims:

The prosecution made the following claims:

Also, a letter was read to the court and jury from Pierre Bamu, Kristy’s father, that left a few jury members in tears.

In the letter, Pierre said, “Kristy died in unimaginable circumstances at the hands of people who he loved and trusted. To know that Kristy’s own sister, Magalie, did nothing to save Kristy makes the pain that much worse.”

The jury deliberated for 26 hours.

After the 26 hours of deliberation, the judge presiding over the case decided to accept a majority rule for her sentencing, which found Magalie guilty of murder as well.

Due to the horrifying nature of the case, the jurors involved were excused from any future jury duty for the rest of their lives.