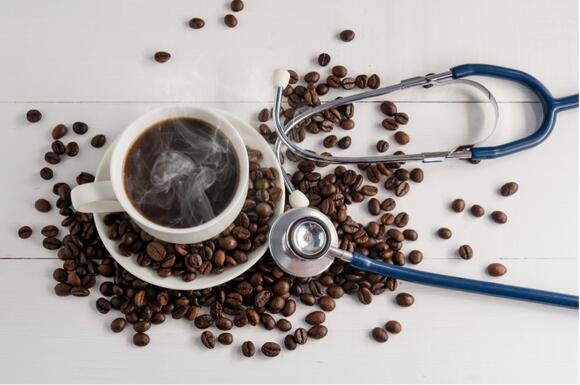 As an enthusiastic coffee drinker, I was happy to find out that coffee has some surprising health benefits that can fight many common diseases and disorders.

According to MedicalNewsToday, heart disease, stroke, diabetes, Alzheimer's, cancer, and suicide are within the top ten leading causes of death for Americans. Coffee can help lower these risks, as well as a couple of others.

Let’s break down exactly how your morning cup of joe can do more than get you through the day.

Alzheimer’s disease is an increasingly common neurodegenerative disease across the world and often leads to dementia. At this time, we don’t have a cure for Alzheimer’s, so focusing on prevention is essential.

Numerous studies have been done on coffee and Alzheimer’s prevention. Many show that daily coffee consumption can reduce the risk of Alzheimer’s by up to 65%.

The current idea is that caffeine is responsible for this reduction. But why?

Scientists and doctors have studied brain imaging with caffeine. Caffeine actually reduces inflammation in the brain.

In fact, adults over 65 years old who had high levels of caffeine in their blood (think about 3 cups a day of coffee), were able to delay or avoid Alzheimer’s disease even if they displayed mild cognitive decline already.

“These intriguing results suggest that older adults with mild memory impairment who drink moderate levels of coffee — about three cups a day — will not convert to Alzheimer’s disease or at least will experience a substantial delay before converting to Alzheimer’s.”

Parkinson’s is a neurodegenerative disease caused by the death of dopamine-producing neurons in the brain. Like Alzheimer's disease, there’s no cure. Therefore, prevention is extra important.

According to numerous studies from Annals of Neurology, JAMMA, and Movement Disorders, drinking 1–3 cups of coffee per day can decrease the risk of Parkinson’s between 30–60%.

The protective property in coffee that fights Parkinson’s? Again, caffeine. When similar studies were run with decaf coffee, the results were negligible.

Type II Diabetes is a huge health issue. More than 34 million Americans are diagnosed with it. Type II diabetes is caused when your body becomes insulin resistant, usually due to the damaging effects of high blood sugar.

Interestingly enough, coffee consumption has proven to reduce the risk of developing this form of diabetes.

Cirrhosis is a serious medical condition in which the liver becomes covered in scar tissue and is unable to function properly. Different things can cause this condition, such as fatty liver disease or alcoholism.

Many studies show the relationship between coffee and reduced risk for cirrhosis. This study indicates that coffee consumption can lower the risk of cirrhosis based on how many cups you drink.

These effects were more prominent in people who were at risk or suffered from alcoholic cirrhosis.

Depression is not only a serious mental disorder that 6.7% of Americans experience, but it can also lead to suicide if left unchecked. Two studies show that moderate coffee consumption may lower the risk of depression and suicide.

Cancer claims many lives each year and is a leading cause of death in the United States. Luckily, coffee consumption can lower the risk of cancer. A study on liver cancer specifically showed that just 2 cups of coffee per day can lower your chances of liver cancer by 43%.

But what about coffee makes it such a seemingly magical elixir?

Coffee often gets a bad rep for “raising blood pressure.” Whereas your blood pressure can indeed elevate, there are two reasons why it may not be a big deal for most people.

Instead of hurting most people’s hearts and cardiovascular systems, a study done in the International Journal of Cardiology shows that women get a decreased risk of heart disease by drinking coffee.

Two groundbreaking studies indicate that coffee may reduce your risk of stroke by up to 20%. Considering strokes are one of America’s top killers, this has huge potential to help citizens live longer lives. The studies are:

Outside of being absolutely delicious and a highlight of any morning, coffee has many health benefits.

Moderate coffee consumption can lower your risk for some of the deadliest diseases and disorders, as well as make you a happier, more productive person overall. So, stop second-guessing if you should have that lunchtime cup, and go enjoy your coffee.