“Fun-Loving” Grandma Murders Husband, Then Kills Lookalike While on the Run 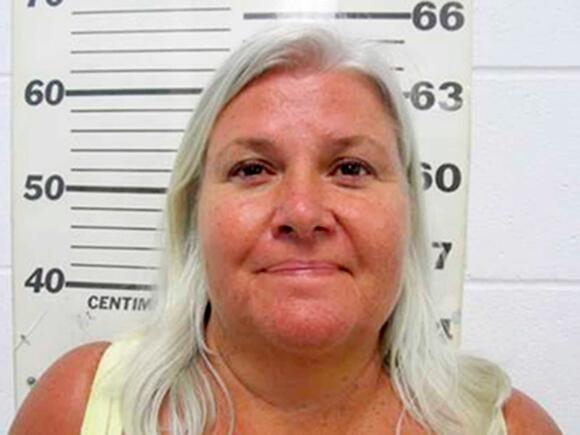 Sometimes, the most unlikely of people commit the most gruesome crimes. The story of Lois Riess’s crimes illustrates that we can never really know the demons people face behind closed doors.

Who is Lois Riess?

Lois Riess, and her husband David, were residents of a small town called Blooming Prairie in Minnesota.

Lois was often described as a pleasant woman, a nice wife and grandmother. “She was fun-loving,” said Becky Noble, director of the Blooming Prairie chamber of commerce. “She had the cutest smile.” Lois frequently went bowling and was said to be a great cook.

Overall, Lois appeared to be a normal, fun-loving grandmother with family and friends. Her only vice appeared to be gambling, specifically playing slots.

On March 11th, 2018, Lois and David allegedly got into a heated argument. Lois had suffered from depression and suicidal tendencies for years, but not many people except David saw that side of her.

During their argument, Lois later claimed that David handed her a loaded gun and told her to kill herself and “get it right this time.”

Instead of shooting herself, Lois turned the gun on David.

She shot him multiple times, covered him with a blanket, and left him for dead before fleeing the state. His body wasn’t found until weeks later on March 23, 2018.

While on the run, Lois wrote checks to herself from David’s personal account, totaling around $11,000. This prompted authorities to search for her, making her the prime suspect in her husband’s murder.

Unfortunately, they did not find her before the black widow murdered again.

During her month-long run from authorities, Lois traveled to Florida with one clear goal in mind: escape. Lois must have known that she couldn’t outrun the cops for long because she chose her next victim carefully

.Pamela Hutchinson, a 59-year-old Fort Myers Beach, Florida resident, was Lois’s lookalike. Because of their similar physical appearance, Lois befriended Pamela in a plan to steal her identity.

Pamela had no idea who Lois was or the crime she had just committed when they met in April 2018, just weeks after Lois had killed her husband.

On April 9, 2018, Pamela invited Lois into her home. Lois shot her in the bathroom and laid her facedown, but the police were still hot on her tail, so she soon fled from Florida as well.

The death of Pamela Hutchinson spurred a 10-day nationwide manhunt.

Lois had stolen Pamela’s car to flee her now-second crime scene. During those 10 days, Lois used Pamela’s bank account to withdraw cash so she could gamble, book hotel rooms, and order room service.

Finally, the 10-day manhunt ended in Texas. Lois was apprehended on April 19, 2018, at a bar in South Padre Island.

Once caught and brought back to Florida, the grand jury in Lee County charged Lois Riess with the following crimes:

In December of 2019, Lois pled guilty to the charges brought against her for Pamela Hutchinson’s death. That alone was enough to give her a life sentence in Florida.

However, the Dodge County Minnesota grand jury decided to bring Lois back to Minnesota to also formally charge her for the murder of her husband. They extradited her from Florida to Minnesota in July of 2020.

She confessed to the murder of her husband, saying, “What I did was an unpardonable crime. Solitude is forever. I feel I deserve this. I will have no reprieve.”The judge sentenced her to life in prison without parole. Lois will serve her sentence for the two murders in Minnesota.