Elliot Page, Star of The Umbrella Academy, Is Transgender & Yes, It Matters 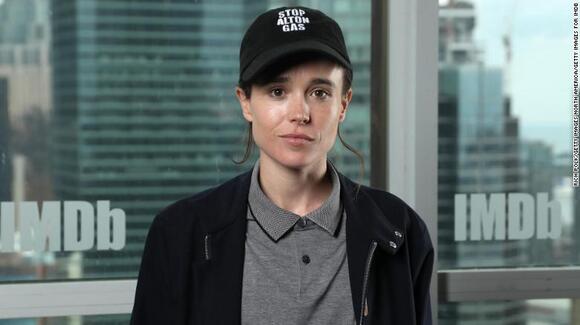 You may have seen the latest trending news on Twitter: Elliot Page is transgender.

Elliot Page is an actor who has performed for the big screen in countless movies, such as ‘Inception’ and ‘Juno’. He’s also played a major role in ‘The Umbrella Academy’ on Netflix.

On Tuesday, December 1, 2020, he announced that he’s transgender.

Does It Matter? Spoiler Alert: YES!

That very heated reply was on my very own Facebook feed. There are countless others on Twitter, people who either don’t care or are entirely unsupportive.

So how do we fight transphobia? One word: visibility. And Elliot Page offers just that: increased visibility for the trans community.

In his Instagram post announcing that he is transgender, he said, “Hi friends, I want to share with you that I am trans, my pronouns are he/they and my name is Elliot.”

As a response, Netflix has already switched over his name under the stars of the Umbrella Academy. Thank you, Netflix.

Elliot goes on to share more of his hopes and fears, and at the end of his moving post, he said, “To all trans people…I see you, I love you, and I will do everything I can to change this world for the better.”

For a better world to exist for all non-binary, transgender, and/or LGBTQ people, then we need to see them first. Visibility is essential for the world and society to move into a better, more loving, and more accepting space.

Dr. Jennifer O’Brien wrote an article in Psychology Today about the importance of transgender person visibility. In her article, she states, “when people see representations of themselves in the media, this can foster a great sense of affirmation of their identity. Feeling affirmed with one’s own sense of self can boost positive feelings of self-worth, which is quite different than feeling as if you are wrong or bad for being who you are.”

This visibility and representation could mean the difference between life or death for some people who are struggling to come to terms with their identity. The 2020 National Survey on LGBTQ Youth Mental Health by The Trevor Project, found that 40% of the LGBTQ people polled had seriously considered suicide before. It makes sense then that higher visibility could help lower those numbers.

Dr. Jennifer O’Brien also states, “When people are able to see something represented, they are better able to understand and grasp who those people are, and this creates an important shift in the social consciousness to include people from a range of different backgrounds.”

Yes, Elliot Page *Should* Be Trending

So yes, Elliot Page coming out as transgender does matter.

It has very little to do with whether you care or not what’s in someone’s pants. It has to do with acceptance, basic human rights, love, and showing the world that stars like Elliot Page can live happy, healthy, and successful lives and also be people who are transgender.

Thank you, Elliot Page, for coming out.

How Can Allies Help?

The GLADD published a list of “Tips for Allies of Transgender People.” Check it out when you have some time.

Honestly, there are a ton of things that allies can do to help. But by embracing LGBTQ people, being a pillar of support, and talking about LGBTQ issues and news, you’re already doing a lot.