The Tragic, True Story Behind “The Exorcism of Emily Rose” 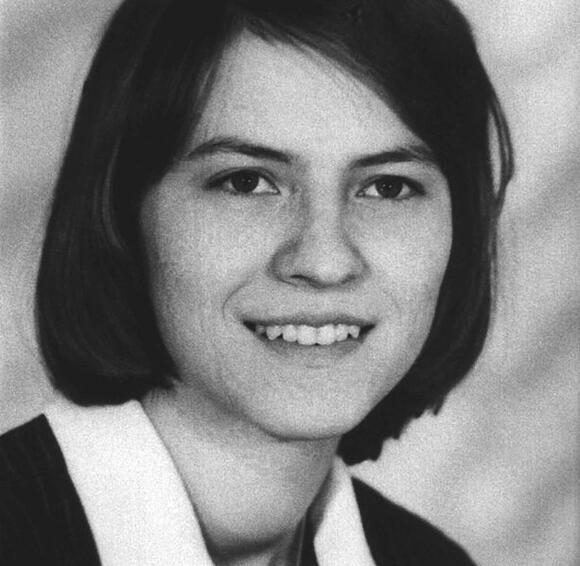 The movie “The Exorcism of Emily Rose” is based on the true and tragic events that befell Anneliese Michel. Were her hellish hallucinations due to epilepsy or demonic possession? For a while, no one really knew. Some people still claim not to. However, one thing is certain: her death was an injustice.

Who was Anneliese Michel?

Anna Elisabeth Michel, who went by Anneliese, was born in 1952 in West Germany. Anneliese had three sisters, and her parents, Josef and Anna, were very strict Roman Catholics. It’s said that they went to church twice a week and three of her aunts were nuns.

The First Signs of Illness

Anneliese was only 16 years old when she had her first seizure. She was diagnosed by neurologists as having temporal lobe epilepsy, and then, shortly after that depression.

In 1970, her family and doctors admitted her into a psychiatric hospital. This did not help her condition at all, despite the numerous medications she was prescribed. Her epilepsy and depression only worsened.

If you don’t know, psychosis is when you see, hear, or believe things that aren’t real. Like thinking you’re possessed…

None of the prescriptions or medical intervention was working for her. If anything, it just got worse.

Anneliese claimed that she was seeing the “devil’s face” while praying, as well as hearing voices that whispered to her that she was “damned” and would “rot in hell.”

Obviously, she was freaked out by this. It got so bad that she was considering suicide.

The First Signs of “Possession”

In addition to seeing and hearing “the devil” while praying, Anneliese became intolerant of religious objects…Given her family’s frequent trips to mass, this became a problem and raised suspicions.

When she was 20, Anneliese went on a religious pilgrimage to San Damiano. The chaperone, an older woman, was the first one to point the finger at the devil for Anneliese’s problems. When they got back, she told Anneliese’s parents, Josef and Anna, that Anneliese had been unable to drink blessed water from a holy spring they visited and had actively avoided images of Jesus.

Anneliese’s hallucinations, plus her intolerance of Christianity, soon convinced her parents and their community that she was possessed.

Anneliese’s parents reached out to their Catholic church and requested an exorcism. They were denied many times and told to seek medical care. According to the Catholic church, people need to meet a set of criteria, like a checklist, to diagnose if they need an exorcism.

The first indication of possession? “Intense dislike” for religious objects.

So eventually two priests came to see Anneliese for themselves. They were Father Arnold Renz and Pastor Ernst Alt.

They discovered that in addition to her anti-religious behavior, she also was harming herself, trying to harm others, drinking her own urine, eating insects, barking like a dog, and had once bit off the head of a dead bird.

In 1975, they got a local bishop, Josef Stangel’s, blessing to perform “The Great Exorcism.”

After the first exorcism rite on September 24, 1975, Anneliese’s parents stopped consulting doctors and decided to rely strictly on the church for her healing.

Anneliese herself was convinced she was possessed by Hitler, Lucifer, Judas, Nero, Cain, and Fleischmann, a German priest who had been expelled from the church for attempted murder. After years of medications failing to help her, she was completely on board for the exorcisms.

As the exorcisms went on, Anneliese increasingly said she wanted to die. Specifically,

“dying to atone for the wayward youth of the day and the apostate priests of the modern church.”

Over the course of ten months, the two priests performed 67 exorcisms, each lasting up to four hours long.

Near the end, Anneliese refused to eat. She believed that fasting would help rid her body of the demonic influences. Sadly, Anneliese died on July 1, 1976, due to malnutrition and dehydration. At her time of death, she only weighed 68 pounds.

Josef and Anna Michel, along with Father Renz and Pastor Alt, were charged with negligent homicide.

The prosecution recommended punishment of a fine for the priests (that’s right, not jail) and no punishment for the parents since they had already suffered the loss of their daughter.

During the trial, the prosecution highlighted:

The defense for the parents and priests highlighted:

Josef and Anna Michel, Father Renz, and Pastor Alt were found guilty of negligent homicide. The sentence was actually heavier than what the prosecution originally asked for. All four of them were sentenced to 6 months in jail, 3 years of probation, and a fine.

Despite the fact that Anneliese’s possession was deemed as a misdiagnosis of mental illness, Anneliese’s grave became a pilgrimage site.

Franz Barthel, a reporter said, “The grave is a gathering point for religious outsiders. They write notes with requests and thanks for her help, and leave them on the grave. They pray, sing and travel on.”

Although many religious people, especially in Germany, are inspired by her and her “death as atonement,” make no mistake, Anneliese’s story is tragic and grim.

It’s a story about religion failing her.

It’s a story that warns about misdiagnosing mental illness.

It’s a story of people in power and influence allowing someone to starve themselves to death because of fear of the devil.