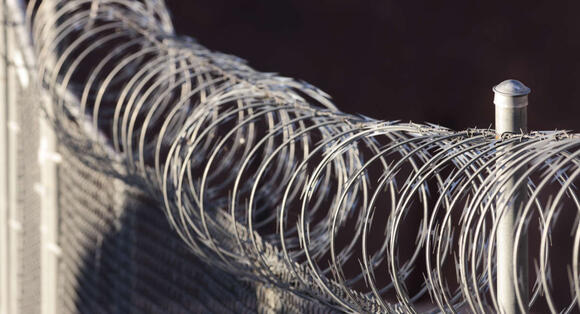 The Senate Permanent Subcommittee on Investigations — a panel of the Homeland Security and Governmental Affairs Committee — released the results of an investigation on Tuesday detailing the medical mistreatment of migrant women in an ICE detention center in Georgia, including that they endured “excessive, invasive, and often unnecessary gynecological procedures.”

The 18-month-long investigation considered multiple allegations of medical abuse against detainees at the Irwin County Detention Center (ICDC) in Ocilla, Georgia, a private detention center owned and operated by LaSalle Southeast, LLC. According to the Senate report, the allegations arose in September 2020, when several immigration advocacy groups filed a complaint stating that an off-site obstetrician and gynecologist (OB/Gyn), Dr. Mahendra Amin, had carried out “high rates” of unauthorized hysterectomies on the women. The complaint also accused ICDC of poor medical conditions and lack of COVID-19 protections.

The Subcommittee said it did not find the allegation of mass hysterectomies to be accurate because Amin had performed just two hysterectomies on ICDC detainees between 2017 and 2019, both deemed medically necessary by ICE. However, the expert medical analysis by the Senate Subcommittee found that under Amin’s care, women “appear to have undergone excessive, invasive, and often unnecessary gynecological procedures.” Women were subjected to unnecessary transvaginal ultrasounds, contraceptive injections, and dilation and curettage procedures (D&C).

It was discovered that Amin is not board certified and had previously been sued by the Department of Justice and the State of Georgia regarding possible Medicaid fraud. That lawsuit was settled in 2015 with Amin admitting no wrongdoing.

According to the Senate report (emphasis added):

Included in those excessive treatments are 102 Depo-Provera (birth control) injections, accounting for 93% of all such injections. Depo-Provera is known to increase a woman’s risk of contracting HIV. Amin also committed 82% of all D&C procedures that were carried out on ICE detainees and 92% of all limited pelvic exams.

Dr. Peter Cherouny, an OB/Gyn who has conducted medical reviews for the Department of Health and Human Services Office of Inspector General, conducted a review of Amin’s patients’ medical records and found that his use of D&C procedures was “too aggressive” and that most of the cases could have been resolved with “imaging and appropriate hormone therapy.” He accused Amin of “a lack of knowledge or capability” and called the treatment he provided “pretty good medicine for the 1980s, but we’re not there anymore.” Cherouny stated that because Amin is not board certified, he had not been continuing his education to remain up-to-date on medical practices.

He also noted, “Dr. Amin seemed to use a boiler plate approach to care. He uses D&C and laparoscopy for primary diagnostic reasons and seems to ‘pile on’ the pathologic diagnoses postoperatively.” Amin had surgically removed ovarian cysts from 40 women despite the fact that they were benign and most would have resolved without surgical intervention. Cherouny also said Amin had confused normal findings on ultrasounds, leading him to perform unnecessary surgeries.

The Subcommittee staff interviewed six former ICDC detainee patients who were treated by Amin. They recounted negative experiences with him and said they felt “confused, afraid, and violated,” according to the report. Many of the women said they still have physical pain following treatment with Amin and that he had failed to disclose potential effects of procedures or answer their questions. Several said they never provided consent for examinations or procedures.

The Senate Subcommittee also found that ICE does not monitor informed consent procedures for off-site medical providers such as Amin and is not expected to do so. Amin was responsible for obtaining the patients’ consent.

Amin has a history of medical malpractice suits filed against him and because of this lost his contract with a U.S. insurance company almost 10 years before he began working with ICE. Due to a poor vetting process, ICE was unaware of the publicly available information regarding these malpractice suits or of the Medicaid fraud complaint against Amin.

The lawsuit against Amin remains ongoing. He stopped treating ICDC detaineees in September 2020 when the allegations against him arose. DHS told ICE to discontinue its contract with ICDC in May 2021 and as of September 2021, all ICE detainees have been relocated from ICDC, according to the Subcommittee report.